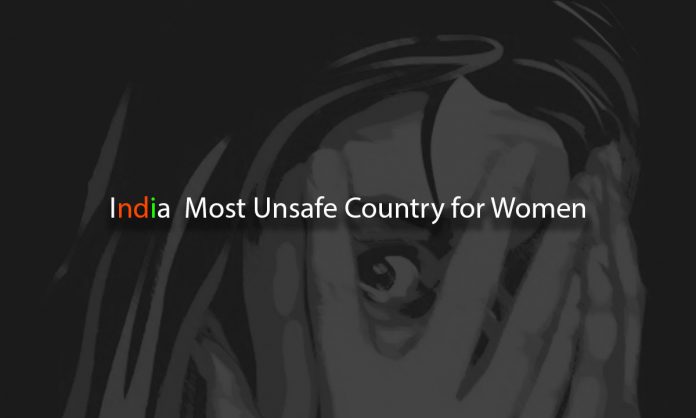 India has moved from rank 6 to 1 in the past five years as the most unsafe country for women. The rape rate of countries depends on the reported rape incidents while determining if a country is dangerous for women is weighed in various metrics. A country is safe for its women or not is determined by sexual harassment, physical violence, human trafficking, brutal rituals, and domestic violence. Rape is a dark crime, and 91.6% of them go unreported.

This ranking is based on the results released by The Thompson Reuters Foundation in a survey of women’s issues. This is not the ranking of countries with the highest rape rates but countries which are unsafe as a whole for women. 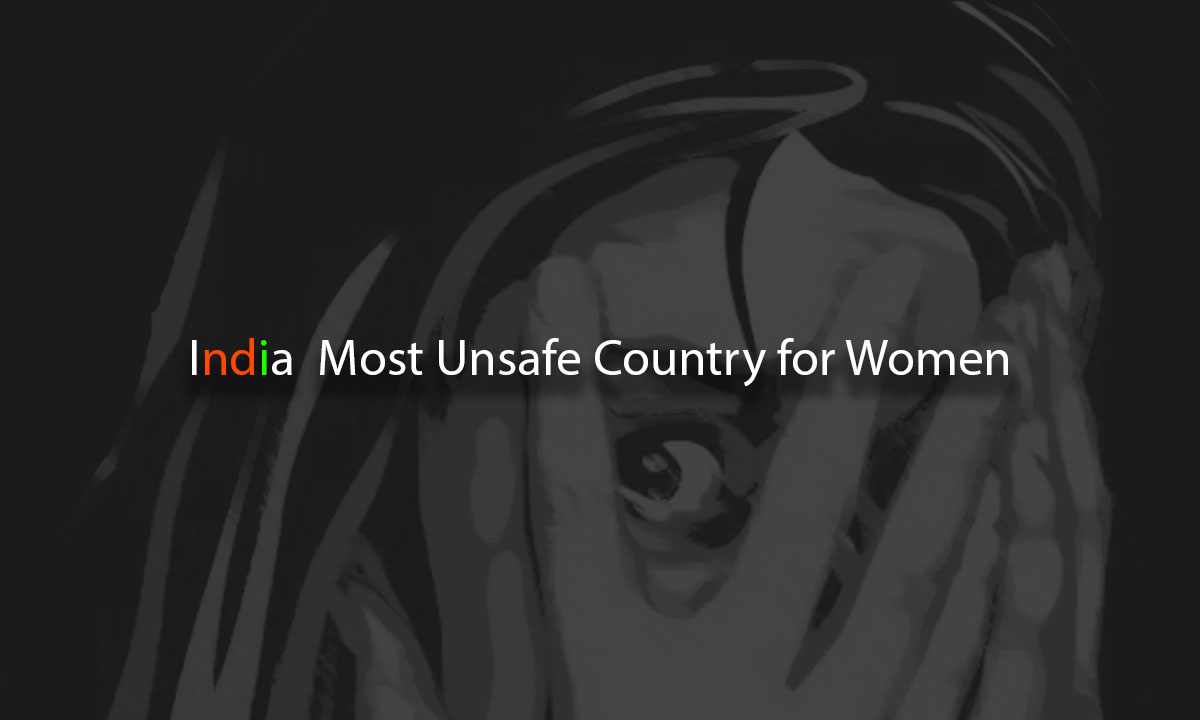 India has become the rape hub. It has the highest number of outdoor rape cases, unlike the US where outdoor rapes are really rare. The 2012 incident ignited uproar nationally and internationally when a college student was gang-raped and killed in a bus. Though the laws were made strict after the gang rape of a college student in 2012, sexual harassment remains a top issue in India.

According to National Crime Records Bureau number of rapes increased by a 12% from 2015-16 and that 100 sexual attacks are reported to police every day with 39,000 reported in 2016, you can only imagine how many go unreported. The Thompson survey led us to this result on the basis of following things: the traditional danger, sexual and non-sexual violence and highest rates of human trafficking for labor, sex business, marriages, and domestic modern slavery. The government is right to be blamed where neither a three-year-old girl is forgiven by the rapists nor that 80-year-old woman was spared. India remains the top unsafe country in the world with all the women population looking up to government and police for stricter punishments for these brutal rapists and human trafficking mafia.

Ranking on top in 2011 during the reign of the Taliban, Afghanistan has somehow been beaten by India. This is not because Afghanistan has become a safer country but because another country managed to exceed the brutality. Afghanistan has proved to be the worst place in accordance to worst health care facilities, domestic violence, and discrimination over jobs and property.

As we talk about discrimination, it is vital to mention 2015 Global Gender Inequality Index by United Nations Development when Afghanistan ranked on 171 on 188 countries. UN is right to blame the government for letting the criminals of women abuse go unpunished. Women in Afghanistan are confined to the walls of their houses, and they are considered slaves of their man’s demands and wishes. In 2012 around 240 honor killings and 160rapes were reported in Afghanistan and one can imagine how many would have been silenced in the name of family honor. Honor killings are another reason why Afghanistan is not safe for women. And about rapes, everyone is involved, the police, security forces, men, relatives, Mullah everyone.

The Syrian civil war has led to a war rape in Syria. The seven years of war took 510,000 precious lives and 5.5 million Syrians living as refugees who were forced to flee the country. According to the Euro Mediterranean Human Rights Network (EMHRN), approximately 6,000 women have been subjected to rape since the war broke in the country. The war is known to be hardest on women, and such happened in Syria. Women were victimized by their relatives, forced into marriages and killed in the name of honor. 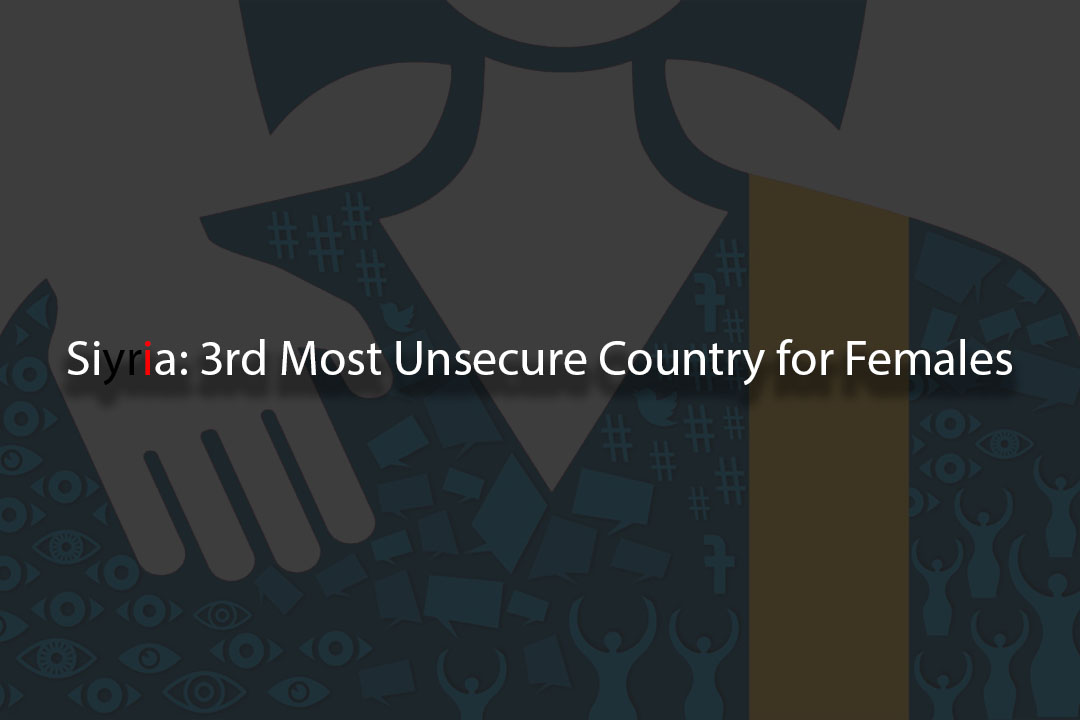 Syria is seventh worst for women in access to economic resources, third worst considering risks of sexual violence and harassment. Syria ranks as the second most dangerous place for women in regard to health care and non-sexual violence.

A country in drought, debts, and impoverishment. According to UN 6.2 million people, half of its total population needs immediate aid for food, shelter, and water. His country is far anyone’s imagination with people dreaming about the basic things we take for granted. You can only wonder what will be the health conditions and humanity left off people. It ranked fifth in 2011 which changed to fourth the later years. This country is struggling with poverty and forced control of the government over poor people. Now Somalia ranks third most unsafe country for women considering the poor healthcare access, brutal cultural practices and traditions. It ranks 9th and 10th in non-sexual and sexual violence accordingly. Overall it ranks as the fourth unsafe country for women.

Saudi Arabia is a highly male dominant country with minimal women rights. They were not even allowed to drive a car until the current ruler Prince Mohammad Bin Salman passed the law giving women the right of driving the cars. It is second worst regarding access to economic resources and discrimination in jobs, property laws and making a livelihood. It ranks fifth when risks of cultural and religious practices are used to suppress women and seventh when non-sexual and domestic abuse is considered.

Saudi Arabia is making progress, but the laws of needing the permission of a male member in the family for traveling, marrying and applying for a job still remains a big hurdle for women. 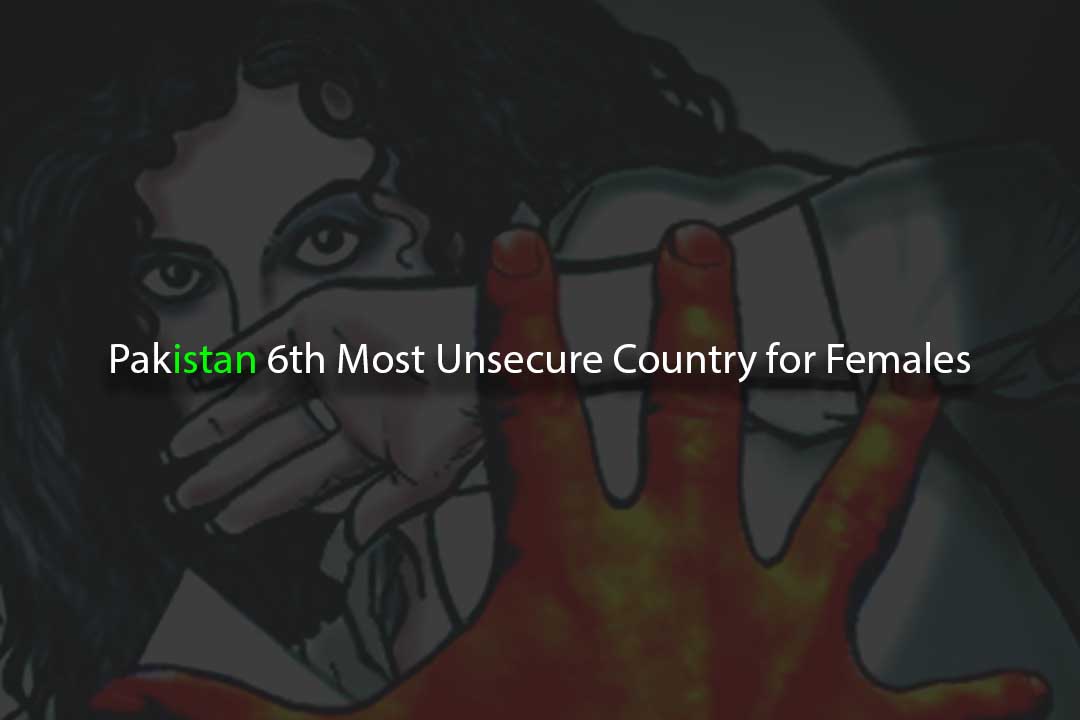 According to the World Bank, one 1 in 3 marries women are physically abused, but it is much higher than that in informal surveys. A big issue is honor killings which happen when a woman marries a man of her choice, suspected to be in the relationship with a man, dressing up the way she wants, sings, dances, used social media or men can find anything disrespectful and indecent of a woman.

Pakistan ranks fourth worst in gender discrimination in jobs, property distribution and access to other economic resources; the same rank goes for traditional, cultural and societal barriers and the honor killings. It ranks 5th and 7th in non-sexual and sexual violence accordingly.

Congo is the worst country when intensity and brutality of sexual abuse is under consideration. There are about 200,000 reported rape survivors in Congo. The annual rapes exceed 400,000 in Congo. This country is war has used rape war as a weapon of the civil war. In a report, 73% of the rapes were committed by army men. The victims of rapes by army men are 95.2% male victims. The ratio of gang rapes in Congo is excruciatingly alarming with 89.3% male and 73.9% female victims. 48.6% of rapes were committed when the victims were attacked while they were doing chores outside their houses.

Yemen is a country where marital rape is not a crime. There is not a defined age for getting married leading to child marriages and child rapes in Yemen. The international pressure considering child marriages and rapes has made very small impacts in the legislation now. Young brides raped by their husbands die on their first night or later and if survived lose their life while giving birth. Yemen ranks at the top in maternal mortality. The war with Saudi Arabia has also left its mark on its women as it happens in a country in war. 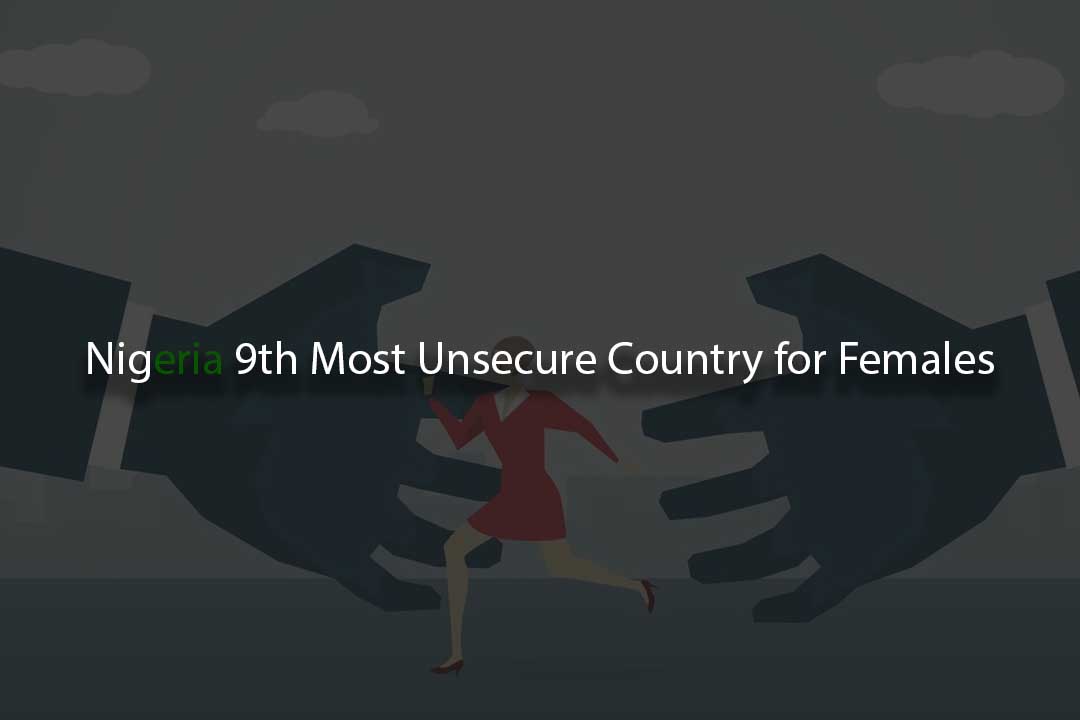 This country is another war-afflicted country with army men raping women, killing civilians and looting houses. More than 30,000 have died to record itself in history as one of the world’s most brutal humanitarian crisis. This country ranks 6th worst considering traditional practices and 10th in sexual violence. This country is most notorious for human trafficking along Russia. Thousands of Nigerian women are being smuggled into Europe for sexual exploitation. These women are either abducted or taken by their will in the name of employment and end up being the sex slaves in homes.

It is the only western country to be in the top 10 list. This country is along Syria when sexual violence, coercion into sex and lack of justice in rape cases are considered. US rank 6thin non-sexual violence. This survey was made after the #MeToo movement. The #MeToo movement was on uproar in October 2018 when the Hollywood actor Harvey Weinstein was accused of sexual violence by more than 70 women. Since then many women in the US and around the globe have gone vocal on their sexual abuse by powerful men in industry, jobs, and governments.