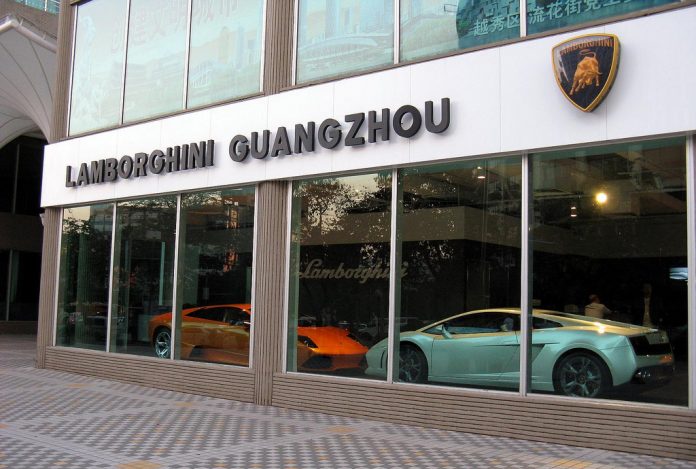 The official name of Lamborghini is Automobili Lamborghini S.p.A. It is an Italian based company that manufactures luxury sports cars and SUV’s. The headquarters and manufacturing facility of the company is located in Sant’Agata Bolognese, Italy. The very first models of the company were launched back in the 1960s. The cars were better than the competitors for their improved engine capabilities, more horsepower and comfort. Lamborghini instantly got famous worldwide as it released Muira Sports Coupe, which was rear wheel drive, mid-engine vehicle.

History of the Company:

Ferruccio Lamborghini was the founder of the company. He started the business right after World War II. The company used to manufacture tractors from the military machines. The owner expanded the company later on when the business got successful.

He grew rich in a few years. With the success of the company, Ferruccio had that much money that he could afford to buy the luxury and hypercars of that time. He also owned a Ferrari, and after using the car, he noticed some of the shortcomings of the vehicle. Right then, he decided to start his company to produce a supercar to compete with Ferrari. So he started the company and named it Lamborghini. He also hired a mechanical engineer of Ferrari to work with him.

The company started officially in 1963, and it was the same year when the company completed it’s the first vehicle and debuted. Lamborghini 350 GTV was a two-seater car with a V12 engine. During early 1970, the tractor business had some problems, and Ferruccio eventually sold that out to give his complete attention to the manufacturing of high-end sports cars. The company was purchased by Volkswagen in 1990s, and before that, it went into many hands.

Lamborghini continued to manufacture some of the best cars in the world. Lamborghini Murcielago was launched in 2001. The car had a 6.2L V-12 engine. The vehicle was first available for purchase in North America. The production of Murcielago continued for about nine years, and it was later discontinued in 2010 producing over 4099 vehicles.

The first two models were simply named 350 GT and 400 GT, but later on, Ferruccio started naming the models after some famous fighting bulls. The first one was Muira. Down below are some models that came after Muira.

Islero was released in 1968 and was later named Urraco in 1972. It was also named after a fighting bull, but the model couldn’t yield a healthy profit for the company. Uracco was discontinued in 1979.

Espada was built around the idea to produce a four-seater luxury supercar. It was a successful model as about 1227 units were sold from 1968 to 1978.

Jamara was the direct successor of Islero, but the car was heavier than usual. The company had to meet the emission and safety regulations of the United States, and that’s what made the car even heavier.

Lamborghini Countach was another successful rear mid-engine beast produced by the corporation, and it got famous worldwide. The car was launched in 1974 and was later discontinued in 1990.

The Inspiration Behind the Company:

Ferruccio used to be a fan of hypercars himself. Adding to that he was also a mechanic. That is why he looked for the flaws that he found in these vehicles. He owned many of the best cars at that time. He had 2 Alfa Romeos, Jaguar E Type, a Ferrari and two Maserati. Among these cars, Ferrari was his favourite car, and it especially appealed him for its design and performance.

Although he loved the car, yet he got annoyed at it because the clutch break failed several times. As he had contacts with the company, so he took the vehicle back to Modena where he confronted Enzo Ferrari. He told him about the problem he had to face in the car. Enzo didn’t even listen to him said that he should get back to manufacturing tractors.

This was an insult to him, but it later became an inspiration for him to start his corporation. The goal of starting the company was to manufacture better cars. One of the mottoes of Lamborghini was also to address all the problems that he experienced in the previous hypercars of that time.

The Birth of Automobili Lamborghini:

For the brand icon, he used the sign of the fighting bull. That’s because he loved the idea of fighting. The very first model that the company started working on was the GT 350. It was crafted back in 1964. A young engineer named Paolo Stanzani joined Ferrucio for the making of this masterpiece.

This car had an aggressive V12 engine installed into it. Adding to that some impressive technology was incorporated into this vehicle that attracted the supercar enthusiasts of that time. With a five-speed transmission, a V12 engine, four-wheel independent suspension and 4W disk brakes, this vehicle was a beast.

Crafting the vehicle was not that easy at that time as the company didn’t have much access to that latest technologies. It also had many design flaws which were later removed through proper investigations. During the auto show in 1963, the vehicle was debuted. At that time the engine wouldn’t fit in its compartment. It was a complete disaster, but the car was displayed in the auto show. It gained quite a hype because, at this event, the cars are driven, they are just posted.

But later on, when the car was sold in its original glory, it gained a lot of praise and appreciation from the critics and the customers.

In 1966, 400 GT and Miura P 400 were released. Miura became very popular in the world as it was a rear mid-engine car. As this design was famous for being used in the race performance vehicles. It is used in some cars of this time also. The original concept behind this car was for it to be a street racing champ and a team of passionate engineers lead by Marcello Gandini made its creation possible.

In 1948, Ferruccio went through a racing accident. This changed him somehow, and he got against the concept of developing race cars. So when the owner came to know about this creation by his engineers, he was charmed to see this. Although he didn’t scrap the car, but he doubled on the no racing policies.

Later on, in 1968, Espada got the rank of being one of the classics designed by the corporation. These classics also included Islearo 400 GT. They kept on designing world-class designs and kept the streak of success going. The success of Countach, Urraco P250 and Jarama 400 GTS were quite notable for the company.

Troubles Faced by the Company:

In the 1970s the Lamborghini went through a crisis. Several problems arose. Ferruccio tried his best to keep all his organizations and companies alive, but he failed in doing so. Due to the oil Embargo started by OAPEC, the prices of fuel were sky high. Due to this, the whole automotive industry was under crisis. In this chaos, Lamborghini Trattori was also affected. The corporation failed to supply 5000 tractors, and that is why the deal was cancelled.

Somehow Lamborghini managed to find the buyers for the unsold tractors, but still, they had to go through a huge loss. Later on, the tractor company was sold to an Italian manufacturer in 1973. 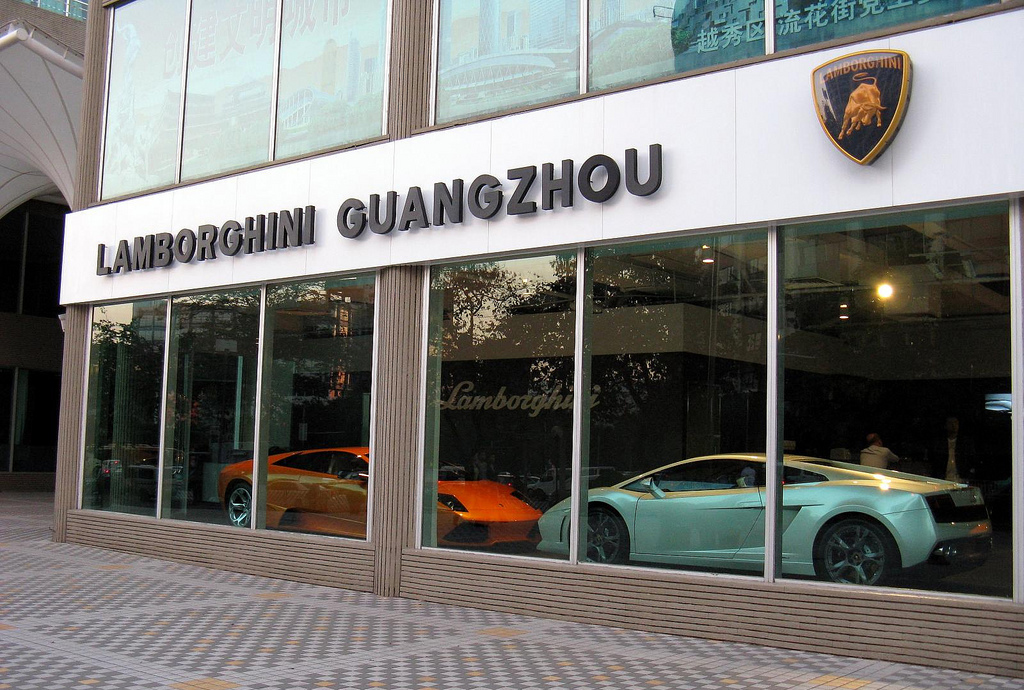 They both tried to keep the name of the brand alive. But failed to do so. So later the corporation got in the hand of many other companies. But the corporation was restored to its original glory when it got in the hands of Volkswagen. The company was officially renovated as a whole, and the production was streamlined once again. This allowed them to get back their position in the luxury car market.

The marketing strategy of the business was renewed to attract even more buyers. They started research on developing a wide range of cars to suit different budgets. Although the prices of some vehicles were quite low as per the company’s status but still these were high enough for an average person.

Then came Gallardo which was the most successful brand by the company. The production of this hypercar kept going for more than ten years. About 14,000 units of Gallardo were sold by the enterprise which made it the most popular vehicle ever designed by the corporation.

Later the other models like Aventador, Veneno, Huracán, Urus and many other models were released by the Lamborghini. This paved the way for achieving their original 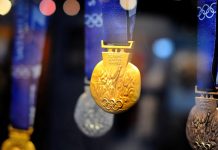 Country Which Has Won The Most Medals In Winter Olympics 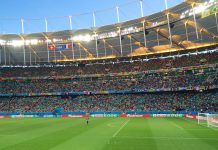