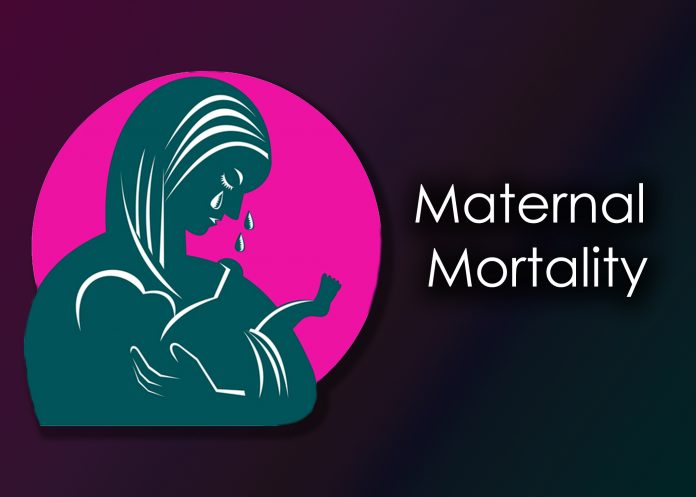 Maternal mortality is deaths that are caused by pregnancy complications and deaths while giving birth. It is an unfortunate thing which can happen to any woman, losing a life while giving one. United Nations has been keeping a record of maternal deaths from 1990 to 2015 and kept an MMR. MMR is the maternal mortality ratio which is an annual number of deaths of women per 100,000 live births because of pregnancy or managerial issues. MMR includes the number of deaths caused during pregnancy while giving birth and within 42 days after pregnancy is over. The MMR does not include deaths caused by any incidents and external accidents unrelated to pregnancy. 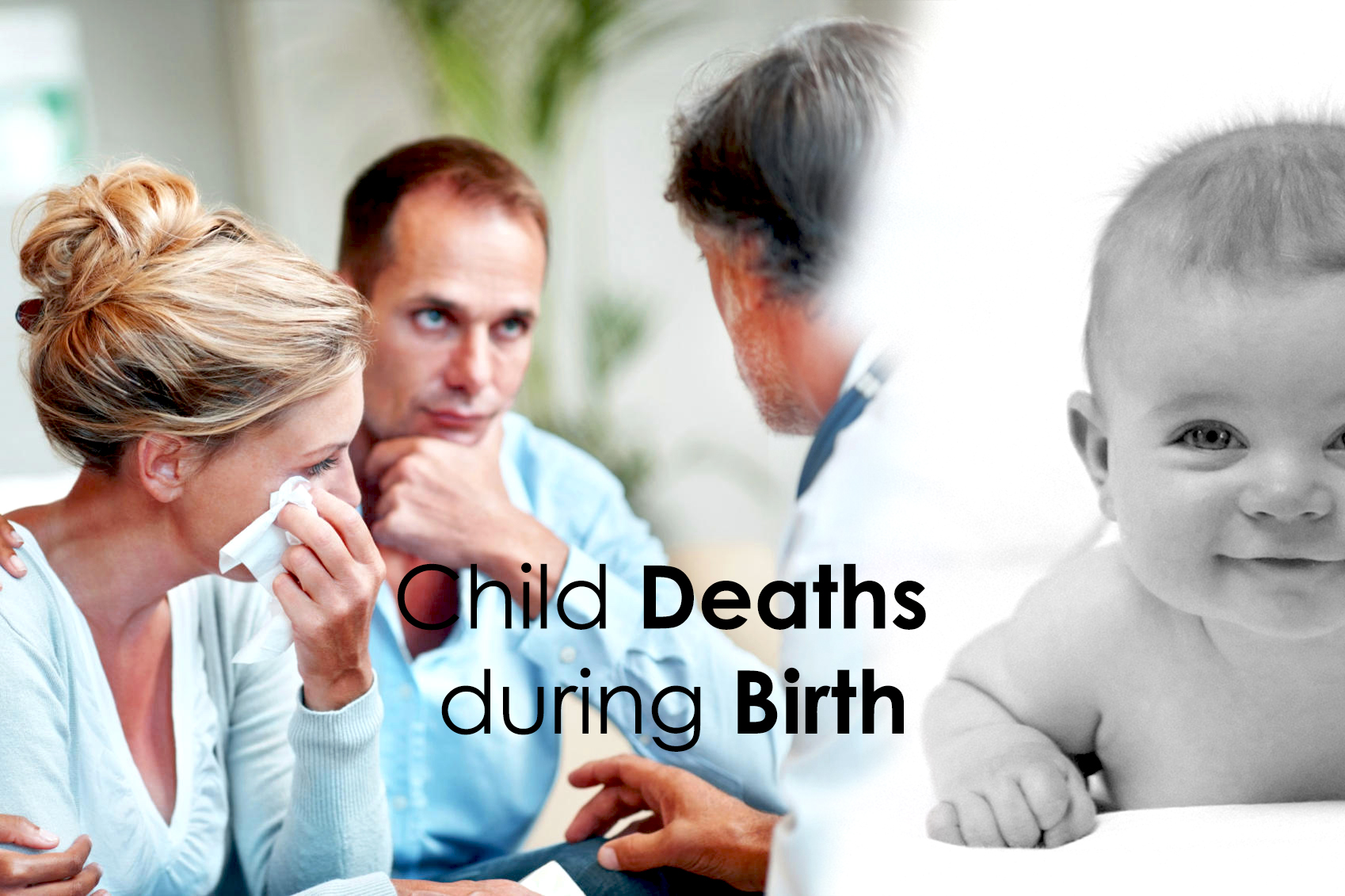 According to the UN reports, maternal mortality has reduced by 44 percent globally from 1990 to 2015. We have come a long way from annual maternal deaths being 385 in the 1990s to 216 deaths per 100,000 live births. This makes a yearly decrease of 2.3 percent of global maternal deaths. This shows that it is not an impossible task to eradicate maternal mortality. But we have to take small steps first, set targets and work to achieve those targets. Before anything else, we should try to understand the root causes, the origin of these deaths.

Origin of the maternal deaths

The high number of maternal deaths in certain regions of the world reflects imbalances in access to excellent health services, other wellbeing administrations, the gap among rich and poor. Practically all these deaths, about 99 percent of them, happen in developing countries where there are very low-quality health services. The greater number of these deaths happens in sub-Saharan Africa, and very nearly 33% happen in South Asia. The greater part of maternal deaths happens in very sensitive, developing and weak countries. The maternal mortality ratio in developing nations in 2015 is 239 for each 100 000 live births versus 12 for every 100 000 live births in developed nations. There are vast differences between nations and within the countries. The intra country disparities vary by high and low wages, living conditions (i.e., rural or urban residence) and overall well-being.

Who are at the biggest risk? 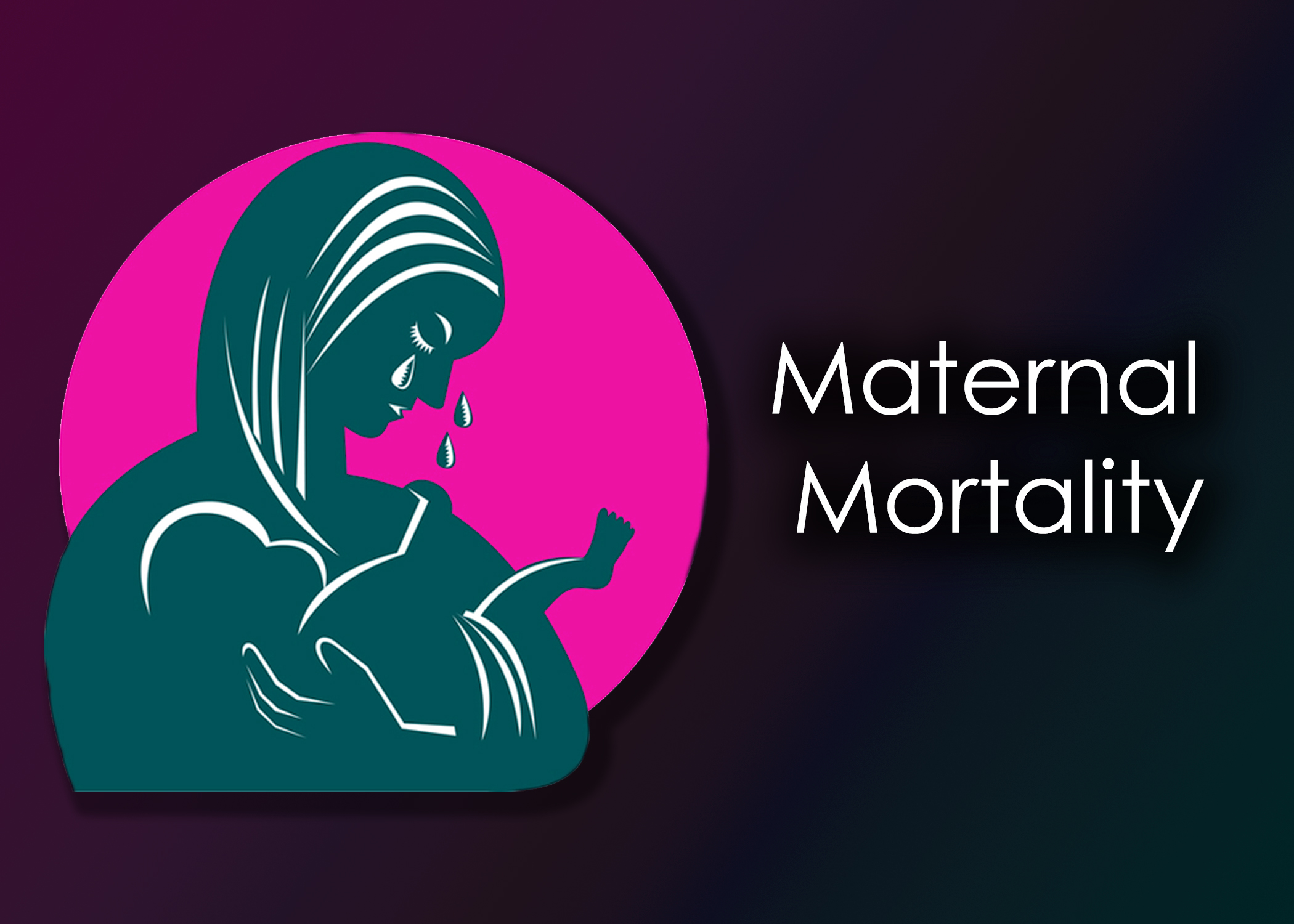 The danger of this kind of mortality is most elevated for immature young ladies under 15 years of age and pregnancy complications, and labor is the main source of death among youthful young ladies in developing nations. Women in developing nations have a larger number of pregnancies than ladies in developed nations, and their lifetime danger of death because of fertility is higher. A woman’s life in danger of maternal mortality is the likelihood that a woman will die from a maternal reason is 1 of every 4900 in developed nations, versus 1 out of 180 in developing countries. In nations assigned as delicate states, the hazard is 1 of every 54; demonstrating the results from breakdowns in wellbeing frameworks. Countries with the lowest birth rate have low maternal deaths.

Maternal deaths are caused by pregnancy complications. High maternal mortality ratios are also rightly associated with deaths during deliveries. Pregnancy complications are mostly treatable and preventable. Some women have issues and infections because of improper health care and monitoring which only show after they get pregnant. About 75 percent of this kind of mortalities are caused by the following; 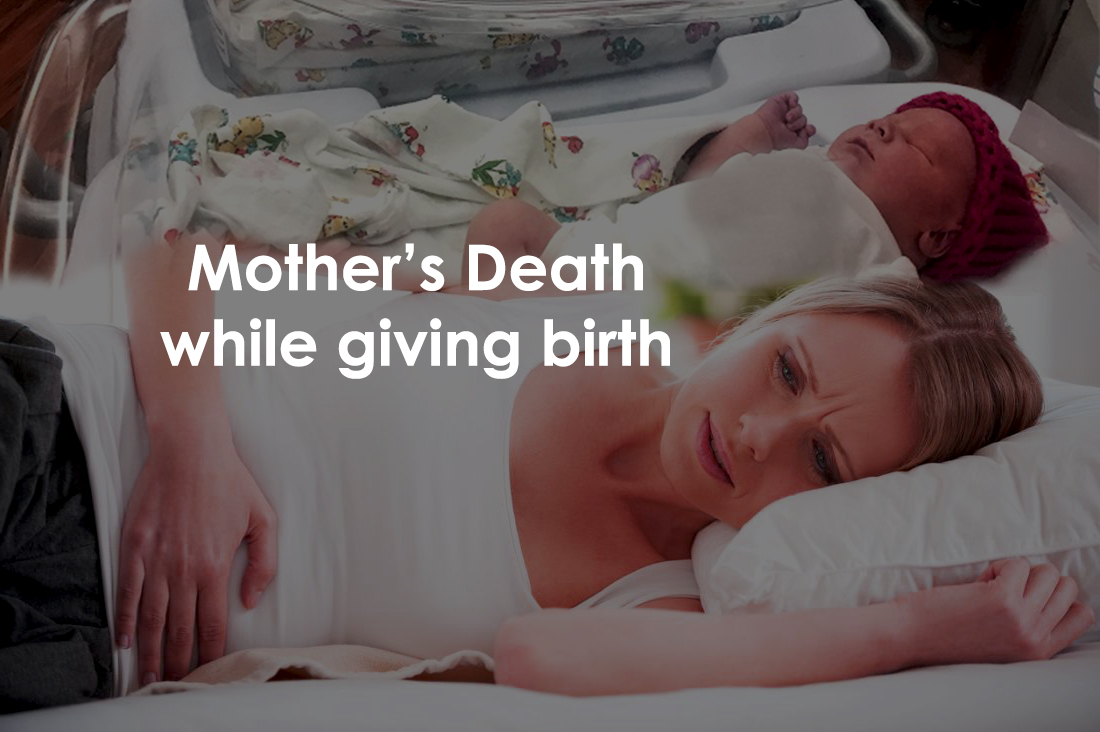 The remaining 25 percent are caused by other bodily diseases like AIDS, malaria, TB and during pregnancy.

How maternal mortality ratios can be reduced.

Since more than 90 percent of maternal deaths can be prevented, we need to implement the best of neonatal and mother care plans as per expert recommendations. Every woman needs antenatal care, professional help for delivery and a lot of care and safety after delivery. Mother’s and infant’s health are closely related; the child’s health is a reflection of the mother’s health. About 2.7 million newborn babies died in 2015, and an additional 2.6 million are stillborn. It is crucial that only experts perform operation and delivery. This can determine the life of the mother and the baby. These deaths can be reduced to a significant number of protected sex is encouraged to avoid unwanted pregnancies — good abortion facilities and post-abortion care to be taken to avoid these kinds of mortalities. 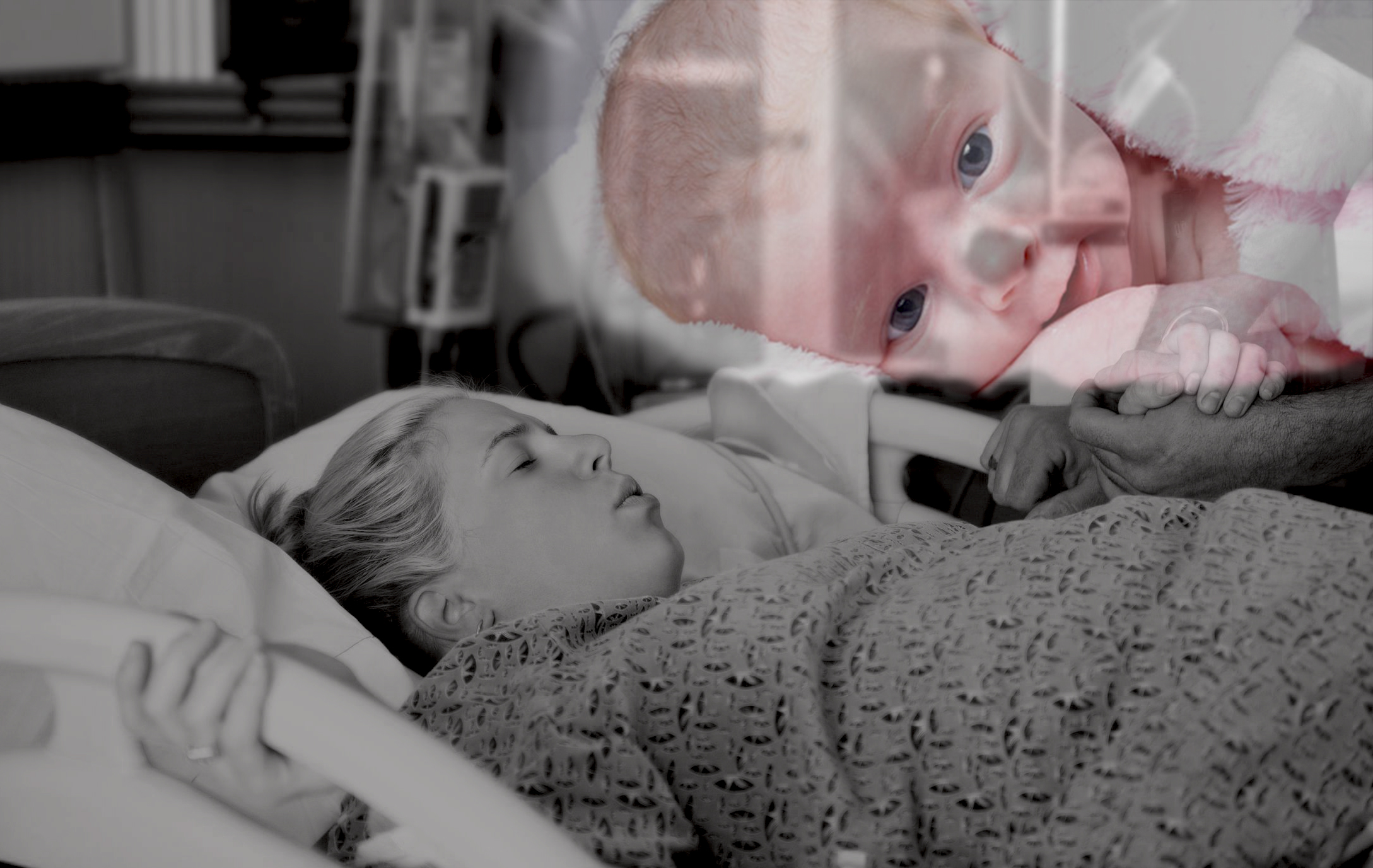 Following are some preventions, recommendations, and techniques to prevent maternal deaths.

Why women don’t get the care they need

Poor ladies in remote territories are the most unlikely to get sufficient health care. This is particularly valid for areas with a lesser number of good and skilled health workers, for example, sub-Saharan Africa and South Asia. Comprehensively in 2015, births in the wealthiest 20 percent of families were twice as likely to be gone by skilled health care staff like those in the poorest 20 percent of families (89 percent vs. 43 percent). This implies a huge number of births are not helped by a maternity specialist, a trained nurse or even a midwife.

Some of the reasons, apart from the above that prevent women from receiving or seeking care are:

To increase and improve maternal health in women, barriers limiting access to quality maternal health services must be identified and eradicated at all levels of the health care system.

Every area has improved, even though levels of maternal mortality stayed unacceptably high in sub-Saharan Africa. It is possible to prevent almost all maternal deaths, as it is hinted by the stats of the huge disparities found between the rich and poor countries. The maternal death risk in rich and high pay countries is 1 in 3,300 as compared to 1 in 41 in poor and low pay countries. 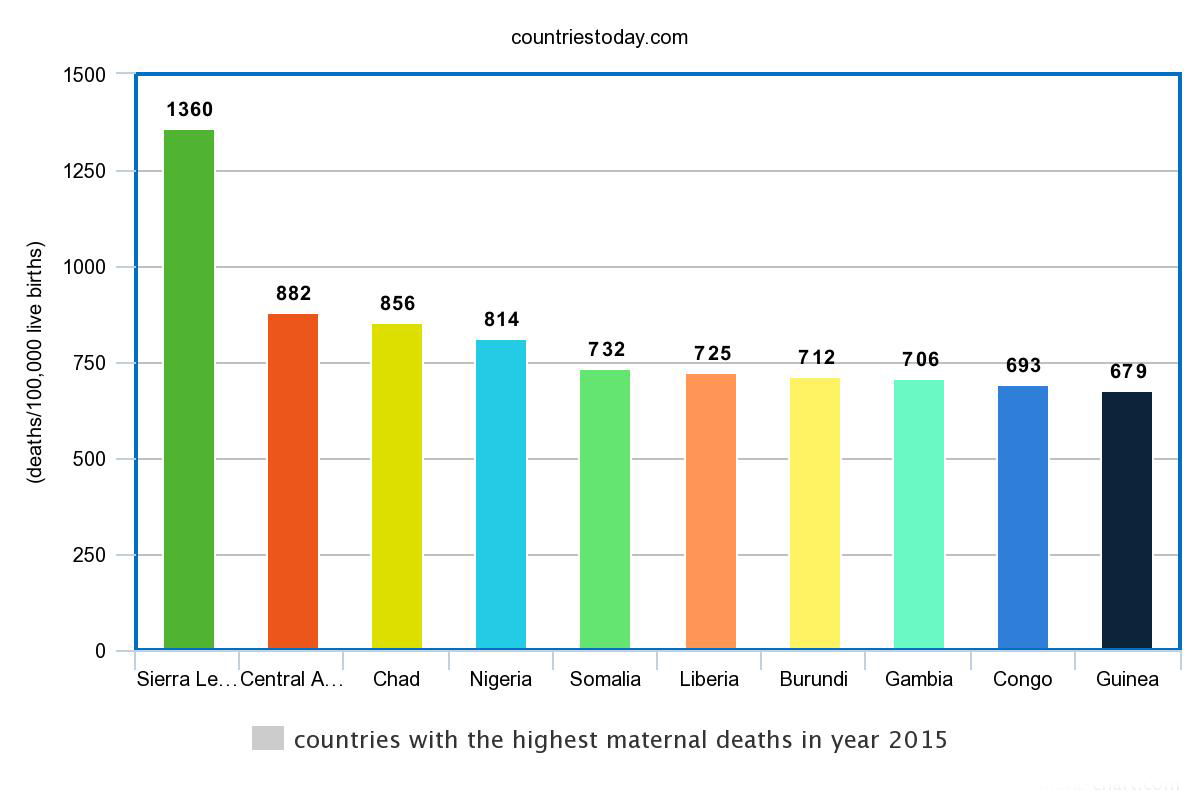 Let’s have a look at the countries with the highest maternal deaths.

The least developed countries have the highest MMR. This is because of poor health services, inaccessibility to the available facilities, and lack of professionals to attend to deliveries, taboos, infections and inadequate financial resources. Globally the MMR is being reduced; Sub-Saharan African countries have reduced their MMR to halves since 1990. The annual decline has been 2.3% from 1990 to 2015 and 5.5% from 2000-2010 which is not bad. We still have a long way to go. 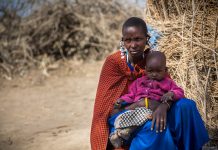