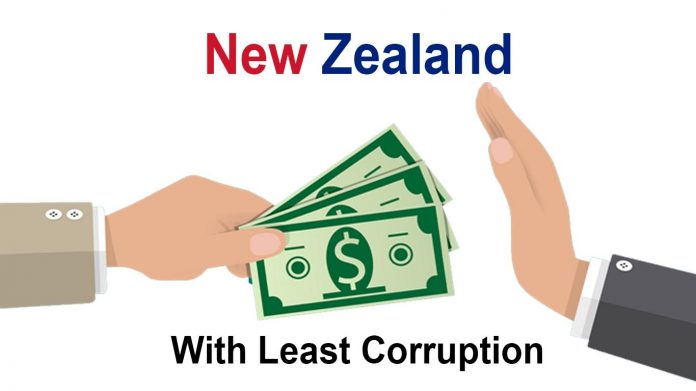 The corruption index by transparency.org depicts that most of the countries throughout the world are taking no measures to end corruption. They are making just a little or no progress on alleviating corruption. In these countries, there are many risks for activists and journalists.

The index ranks about 180 countries and territories around the globe. The public sector corruption is attained through the views of experts and businesspeople. The index ranks countries on a scale of 0 to 100. ON this scale, 0 is the highest level of corruption, while the country scoring 100 is considered to be clean. The recent studies show that the majority of the nation’s score below 50. The average score is 43. 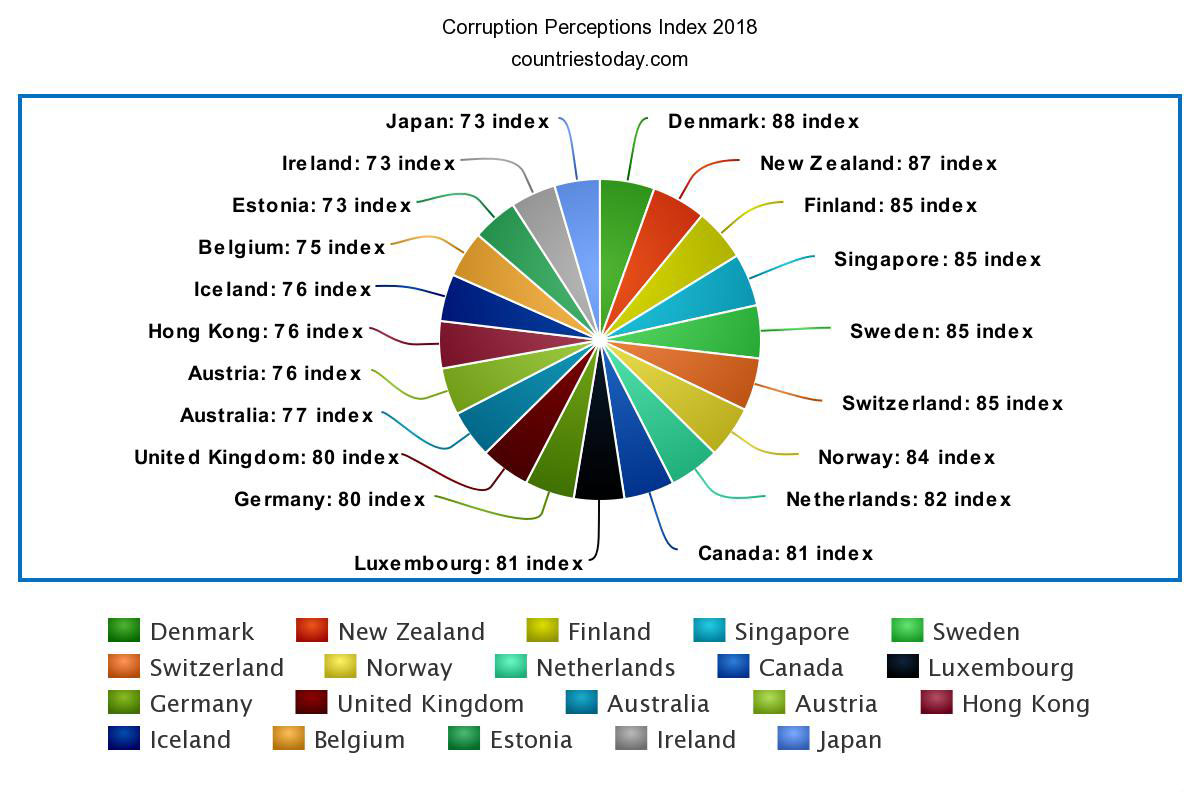 Following is a list of some countries ranked as per their score on corruption index:

The scores show that New Zealand and Denmark are the two countries that are the least corrupt. They have a score of 89 and 88 respectively. Western Europe is considered to be the best performing region. On the other hand, the performance of Sub Saharan Africa, Central Asia, and East Europe is the worst. 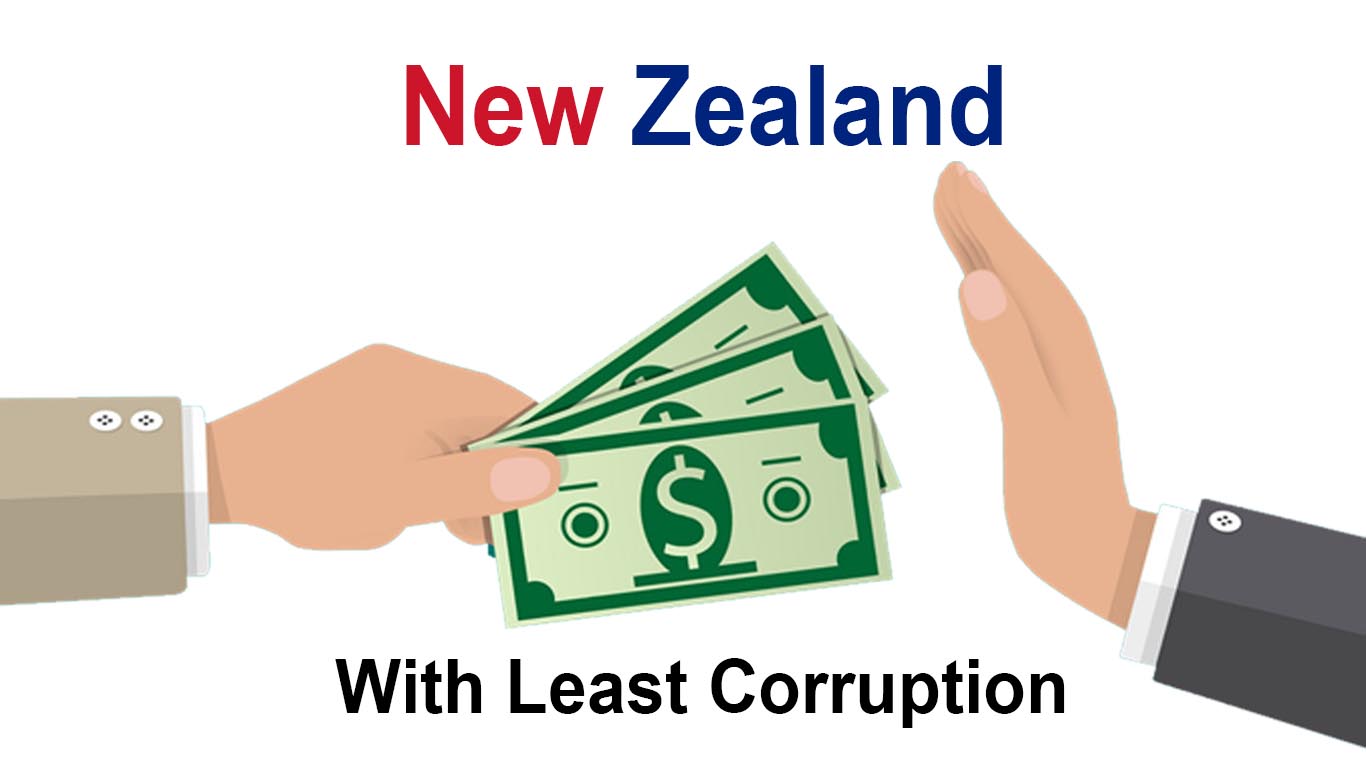 New Zealand has the most score on the transparency index of the year 2018. The country has a score of 89, which is more than any other nation. The public involvement in the decision making of the government is one of the major factors why there is less corruption in here. Adding to that, the judiciary and the media are provided with the freedom of speech. Both of these things allow the public to keep track of the activities and point out when things go wrong. The integrity system of the nation is quite strong.

In most of the countries, it is seen that the activists and media plays a vital role in eradicating corruption. Both media and the activists are vital for combatting against unlawful activities in the countries. So following are some of the steps and measures that the government and the people of the nation can take to stop the corrupt activities. The lack of unlawful activities and good business practices of the New Zealanders make it much feasible for the Kiwi Organization to access the offshore market. This in terms, helps in making things easier and maintain transparency.

The government and media personalities should encourage free speech, and the media should be independent. The people and the media both should be allowed to speak for their rights. Adding to that the civil society should be more open and engaged.

Although the media must have some rules and regulations from the government. But the regulations on media should not be strict enough. They should be allowed to work and speak independently without having a fear of repression or violence.

The government and the civil society should promote such laws and regulations that allow the access of information to the audience. This helps the system in so many ways. That is because when the public and authorities come to know about the policies and the actions of government, they can enhance transparency and maintain accountability.

The United Kingdom has improved its position in the last few years. The government and other authorities are maintaining the equilibrium and balance in the system. The United Kingdom stands on the fifth rank now. Following the UK come Canada and Luxembourg. 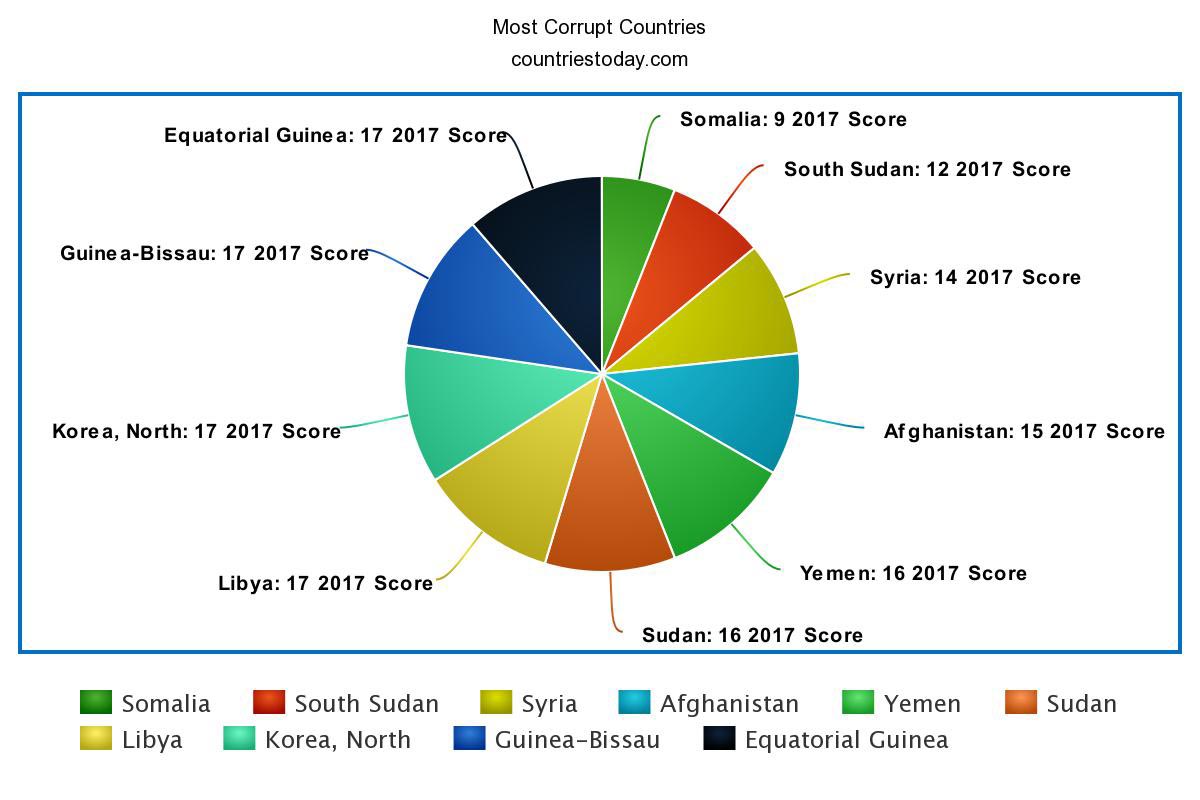 Following is a list of countries that have the lowest score on the index. These countries suffer political instability and economic pressure due to their corrupt and unlawful activities:

The organization focused on the direct proportion of corruption levels and the protection of journalists and providing them with freedom of speech. The findings of the Committee to Protect Journalists show that 9 out of 10 journalists were murdered in the nations that have a low score on the index. Patricia Moreira, the managing director of Transparency International, stated that the activists and reporters should not have to fear anything when they speak out publicly against corruption.

Equatorial Guinea: The most Corrupt Nation

Human rights watch stated that the government of Equatorial Guinea has completely a violation of all its obligations. They don’t realize the right of people in the country to get the education and proper healthcare facilities. Almost all the authorities have some goals to work for the betterment of the country, but here the level of corruption is so high that the people fail to get basic facilities.

According to a report by the State Department of the US, the authorities in Guinea-Bissau are so much corrupt that the country ranked second on the ranking. The authorities don’t pay much heed to the problems. That is the reason why drug trafficking, violence, and discrimination of rights of women and children is quite common here.