According to a study conducted by the US Department of Housing and Urban Development, there were about 553,000 Americans that didn’t have a home to dwell in. The cities with the most number of homeless people are New York and Los Angeles. These two cities are considered to be the best and developed cities of the United States.

This is the first time that the homeless count of America has increased to this extent since the Great Recession and comparing the number to the studies of last year, the figure has increased by 0.7%. This also shows that in spite of being this much-developed country and with a fizzy stock market there are many people in the country that don’t have a home to live and can’t even afford to fulfill their basic needs.

The vacancy rate in most of the cities in the United States and there is a lack of construction of new homes and housing societies, and the people find it difficult to find places to live in. According to the California Department of Housing and Community Development, about 180,000 housing units are needed to be constructed to manage the population with growth, and if we look back in the past decade, only 80,000 housing units were made, and that is far much less than the required number of houses.

The reason for Homelessness:

The reason why the rate of people who are living in the US without any shelter has become a serious problem is a combination of two things. First of all the thing is that the rate of properties and housing schemes are increasing rapidly. Homelessness became a significant issue in the United States back in the 1980s. This happened because the rents were getting higher. In comparison to that, the wages were getting lower. The federal government started making plans to come up with a productive approach to the solution of this issue.

The “Housing First” policy was taken up in the guidance of George Bush. He introduced that people should be given some houses first and later on they should be treated for any addictions that they have. Back in 2010, Barack also stated that he would end the chronic homelessness in the United States by 2020. This was because the situation was getting quite worse.

Top Cities of the United States With Most Homeless People:

Housing and State Department conducted a survey on homelessness in the United States. According to their study, one of every four people has to experience homelessness. Two places where most of the people end up living with no home. Chicago, Huston, and Phoenix are the cities with the largest population, and the homelessness in these places was not that high. If we compare these statistics with the population density, Seattle in the 18th largest city in the US and it was 3rd on the list. Seattle had 11,643 people who don’t have a place to live. The homeless count has increased by 5% in the major cities of the country. On the other hand, the number has decreased in the other minor regions.

According to the Department of Housing and Urban Development, New York is the city of United States that has the most homeless population. The city ranks on top of the list with about 76,501 homeless people. Approximately 30% of the families that are homeless in the United States live in New York City, and the homeless rate has increased by 4% as compared to the statistics for last year. The federal authorities stated that this depicts the fact that living in the most expensive cities of the world is tough and there is much of affordability crisis. The rents are increasing due to lack of housing units, and not everyone can afford to pay large sums of their earnings for rent.

Los Angeles City with Second-Highest Homeless Population In US:

Los Angeles City and County have the second most number of homeless people in the United States. According to the Studies of the year 2017, there were 55,188 homeless people in Los Angeles. In the city men and women can be seen sleeping in rows including the ones that are disabled, mad and even those who don’t have any luck finding a job to fulfill their basic needs. Adding to that the cost and rent of houses are sky high. That is why the mediocre and low-income families don’t find suitable homes to live in.

The number of people living on the streets with no shelter is quite high in Seattle. The primary reason behind the homelessness in this city is the rising rent. A step was taken to overcome the problem that involved constructing tiny houses to make some room for the people who have no shelter. But the plan didn’t end up in success as only some of the homes were actually built. In the overall region of this city, more than 10,000 people live with no roof on top.

San Diego is another location of the United States with the most homeless population. Half of the people living on the streets have no house to live in. It is located in California and has a total area of 964 square kilometers. Adding to that the weather of the city is quite good and there are a lot of beaches over here. That is why the homeless people don’t have much trouble fighting the weather and other harsh conditions.

The States With the Highest Homelessness Rate: 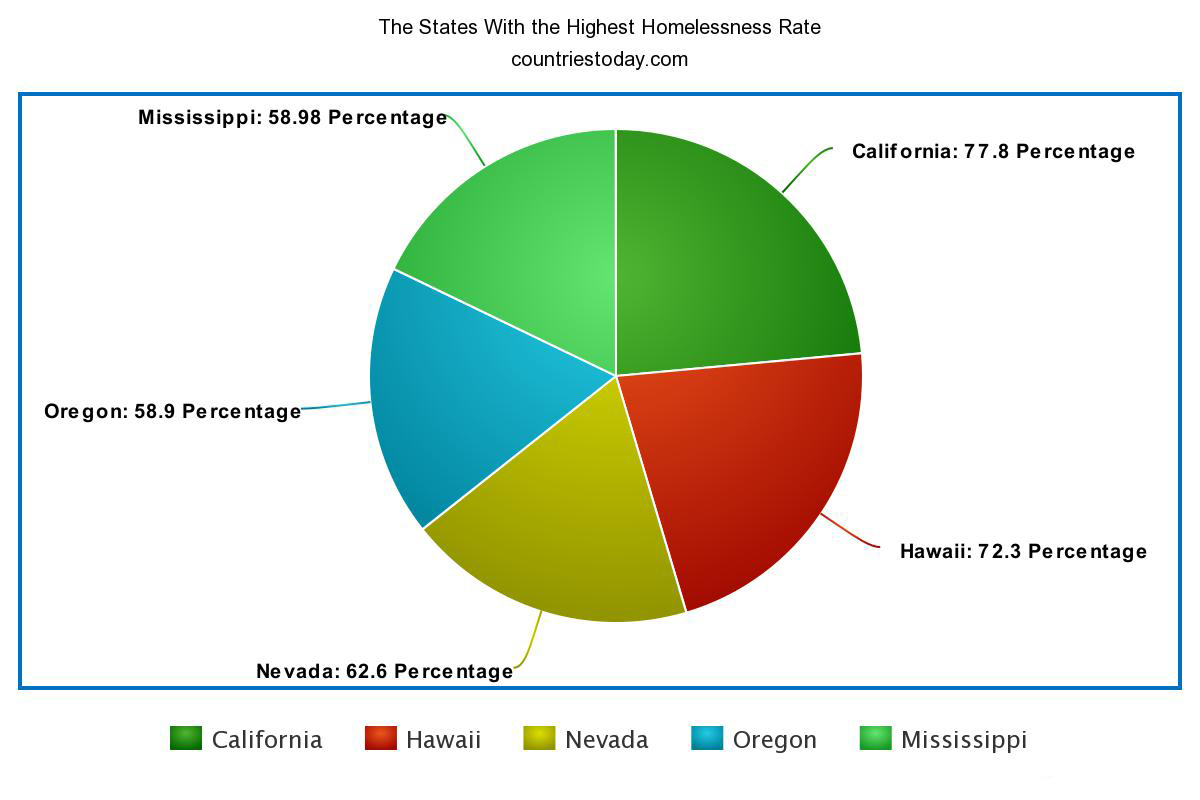 The table below shows some of the states in the US where the percentage of unsheltered and homeless people:

The States With Lowest Homelessness Rate: 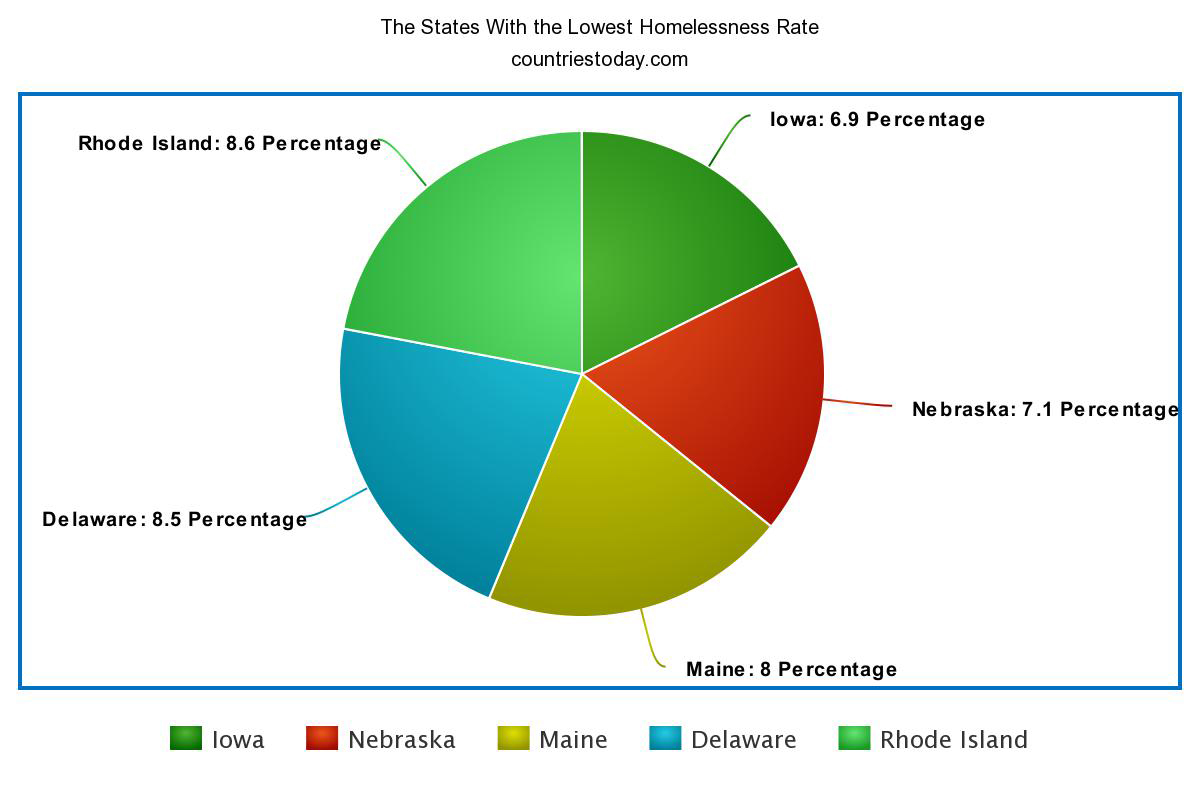 The table below shows some of the American states where the percentage of unsheltered and homeless people: