Smartphones have now become an important part of our lives these days. The phone was primarily made for making phone calls and text messages for connecting people. Later on, with the progression in technology, things got added to the phone. Eventually, phones came out to take the shape of smartphones. People now use these communicating devices not only for keeping in touch but also to manage their social media, for entertainment and for other purposes.

Phones have rather become a part of our personal and social life now. The access to social media has allowed us to use our devices in a really intuitive manner. Adding to that the cameras are improving which helps us making our moments precious.

Competition in the Smartphone Market

Technology is progressing fiercely now, and every company is striving hard to introduce new features. The research department of every tech company is trying to bring innovations to attract more customers. This creates a strong competition as every customer peeks into the market to find the best option as per the budget and also as per the technology embedded into it.

Samsung: The largest Manufacturer of Smartphones:

The latest flagship series of Samsung include S9/S9+ and Note 9. These smartphones are equipped with the best specifications. Equipped with Snapdragon 845 and up to 8 GB of RAM, these are the best performing devices.

Following Samsung, Huawei is a Chinese company that is the second largest manufacturer of smartphones in the world. Huawei, just like Samsung, manufactures phones that use the Android operating system. The company was not famous in the last few years, but in 2018, it has secured the second spot on the list by producing excellent phones. Apple used to be on the second rank, but since the arrival of Huawei, Apple is down to number 3 on the list.

How Huawei Secured the Second Spot

As per the facts and figures of the second quarter of 2018, Huawei shipped more than 54 million units. This increased the market share of Huawei and lowered the market share of Apple Inc. Ryan Reith, the vice president of Worldwide Mobile Device Trackers program of IDC, stated that Huawei had been continually growing in the recent years. The growth of the company is quite impressive as in the last few years it used to be an unknown company. But it has progressed rapidly to secure the second rank on the list of top 10 smartphone manufacturers.

The prices of Huawei Phones are quite reasonable as compared to the rest of the market. The flagship series include P Series and Mate Series. The latest releases of Huawei’s P Series include P20 Pro and P20. The recent launches in Mate series are Mate 20 Pro and Mate 20. These devices are packed with the latest available technology. They are quite known for their excellent battery timing and life. Adding to that, the HiSilicon Kirin chips are known to have amazing performance, and they are also battery efficient.

The company had to take a lot of heat when it removed the 3.5 mm jack from all their devices. But they really want to stop using the old technologies and move on to new and better options. iPhone XS, XS Plus and XR were released in the recent event. In these phones Apple removed the fingerprint unlock as they’ve made a face unlock even more powerful and reliable with the help of neural engines. Embedded on the processor, these neural engines map the shape of your face and help you perform all the authentication using your face to unlock the phone, use Apple Pay and perform other actions.

The key principle of the company is the endurance and perfection. Apple produces phones with perfection, innovation and architectural brilliance in mind. The compatibility of hardware and software in the devices is quite impressive. Due to this, the phones are quite fast at processing and also the battery timing is really spectacular.

Xiaomi is a Chinese smartphone manufacturer that comes on the fourth rank in the list of most selling companies. The company was launched back in 2010, and its headquarters are located in Beijing. This is not that old, but it quickly made its way to the market. The company develops mobile phones, mobile apps, laptops and other electronics.

Xiaomi is now making its way into the international market. It has more than 15,000 employees worldwide. The company performs its major operations in China, Malaysia, India, Singapore and it’s also expanding its operations in several countries across the globe. Lei Jen was the founder of the company and is currently the CEO of Xiaomi. He has a net worth of about 12.5 billion US Dollars according to the Forbes.

How Xiaomi Made it to The Fourth Spot 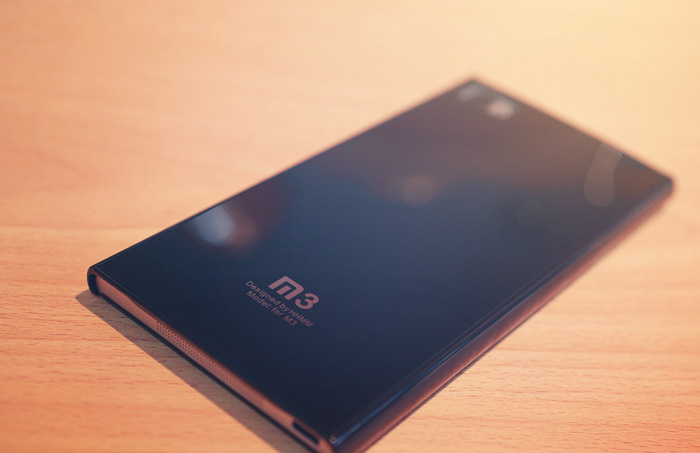 Xiaomi gained a lot of fame in the international market when it introduced a bezel-less smartphone. That was the very first phone in the world that had no notch up to. Later on, other tech giants started following the trend. It has a many ongoing series including the Mi Note Series, Mi Mix Series, Mi Max Series and Redmi Series.

Other companies that are prevailing in the market mostly keep their phones ongoing for about six months. But the strategy of Xiaomi is quite different. First of all, they keep the cost of the cellphone really low. They keep targeting their buyers to get the best specifications at a relatively low cost. Adding to that they keep a smartphone in the market for about 18 months.

Oppo is officially known as Oppo Electronics Corporation. It is a Chinese based company producing smartphones. The company made it’s way to the top phone vendor in China in 2016. Chen Mingyong is the CEO of the organization. Apart from mobiles, the company also manufacture Blu-Ray players, headphones and amplifiers.

The K-Series is the latest flagship series by Oppo. The first phone of K-Series was launched in October 2018, known as K1. Adding to that OPPO’s F, A and Find series are quite popular in the market these days. From China, it reached towards India and made a handsome market out there. The branding is quite impressive, as they use prominent faces in the industry as brand ambassadors of their phones. 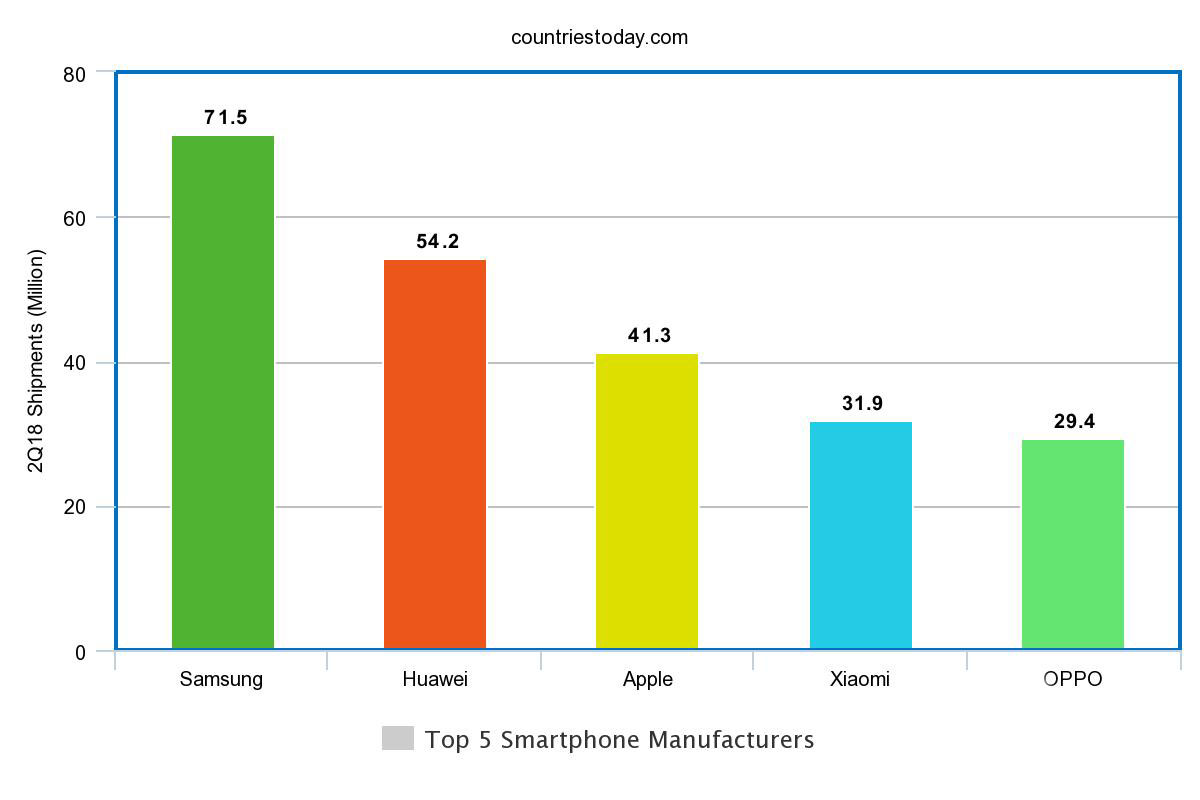 Down below is a list of 5 companies that are the largest manufacturers of the smartphone as reported by IDC. The companies are ranked by the number of devices shipped by the company in the second quarter of 2018. 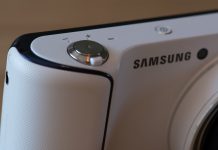