The Internet has become a basic necessity these days, and everyone needs it in their daily lives. We need the internet at work, for our social media and lots of other everyday chores. The web has become so common that where ever you go, you’ll find people holding their devices and using the web to play games, read articles watching videos and listening to music.

But the internet is not only for entertainment, but rather it’s also used for educational purposes as the internet is full of knowledge and information. Students use it for their studies, making assignments and doing other research-related tasks. There are online courses available that offer you to learn things while sitting at your home. So, as the web is much common these days, we’ve collected a list of countries which have the most users.

Top 20 Countries With Most Internet Users

Down below are the top 20 countries with most users as per the statistics of December 2017:

China Has the Most Internet Users:

China is the country with the most users in the world. The main reason for the massive 772 million internet users in China is the massive population of the country. According to a new report published by China Internet Network Information Center, 40.47 new users were added to the total users in the year 2017, and the penetration rates are still rising day by day. The penetration rate in China right now is 55.8%. A significant proportion of the total consumers in the country is the highest and the desktop, tablet and other device users are much less. Of the total users, 753 million users are mobile users.

The second country on the list of countries with most internet users in India. As per the statistics of the year 2017, India had around 462.12 million users, and the figure is still increasing day by day. The penetration rate in the urban areas of the country is now 64.84 percent, and the penetration rate in the rural areas of India is 18%. The male consumers are much higher in India as compared to the female. The male users make up 70%, and the female users make up 30% of the total consumers in India.

Down below are the statistics of Urban and Rural Users in India:

Adding to that India has now become a home of some of the biggest information technology companies. Many manufacturers like Samsung, Apple, Oppo and One Plus, are investing more on India. This is because the country seems to adapt to all kinds of technology. With the increased number of mobile users, internet users are also growing.

As technology keeps on progressing, more and more Americans keep connecting to the internet. The count is increasing rapidly as new means of connecting to the web become mainstream. The adoption of the internet by the people of the US from all walks of life is increasing. National Telecommunications and Information Administration surveyed in November 2017. This survey showed that most of the households in the country are using mobile internet instead of home WiFi broadband.

Mediocre and low-income families connecting to the Internet:

Back in 2015, when the previous survey was conducted. According to this survey, only 57 % of the population with income of less than 25000 US dollars used the web. But now according to the recent survey, the percentage of people has increased to more than 61%. This is because low-income families could not afford the internet back then. Adding to that they didn’t also adopt the internet for use in daily life.

The numbers are now increasing rapidly because the use of the internet has become mainstream and people now have to use the internet in their daily life. On the other hand, if we look at the families whose income is more than 100,000 dollars, the percentage of users among these hasn’t changed in the last few years. This is because they already got access to the web when it was unaffordable for the poor. So now most of them have access, and the count is quite stable.

There are many reasons for this. First of all, people find it easy to use the internet on their mobile because it is easy to do everything on mobile phones as the screens are getting better. So any kind of content can be viewed using the mobile phone. On the other hand, most of the people are such that they spend most of their time outside the home. So they need a medium to instantly connect to the internet to perform all their tasks. Mobile data makes connecting much easier. Adding to that the internet the telecommunication companies have decreased the rates of their data packages. So as the data packages get cheaper, the mobile users are increasing.

Brazil stands fourth on the list of countries that have the most consumers. The figures have increased in recent years. According to the facts and figures by Statista, the penetration rate is 66% in Brazil/ More than 139 million people are connected to the internet in Brazil now. The use of social media has massively increased in Brazil in recent years. The most used search engine in the country is Google.

Like other countries, Brazil is also adapting the use of mobile for connecting to the world wide web. The penetration rate has increased to more than 138% making it 4th on the list of countries that have the highest number of people using the internet.

E-commerce is also making its way into Brazil. According to the monitored findings, more than half of the total users do their research online before buying any product. This states that if the B2B sellers start targeting Brazil, they can make profits out of it.

Although the percentage of people using e-commerce is quite low, about 11% but if the e-commerce industry is given a boost in here, it will progress rapidly. People are expected to switch to e-commerce in a short time.

The people here prefer to buy smartphones here rather than buying a desktop or laptop a. This is because the smartphone is considered a device that can be easily used. 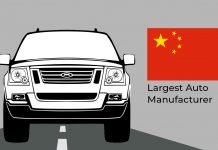