We live in an age where technology has prevailed. Almost everyone uses technology in their daily lives in one way or another. The technicians, scientists, and developers are working for the hand in hands to introduce new chunks of technology. So with the advancements in, there are companies that secure a trusted name in the market. These companies work on bringing innovations and bringing the latest technologies to existence. Tech giants like Apple, Samsung, Hewlett-Packard, etc. are famous in the information technology business. They produce gadgets, cell phones, laptops and many other devices of daily use.

Top IT Companies in the World: 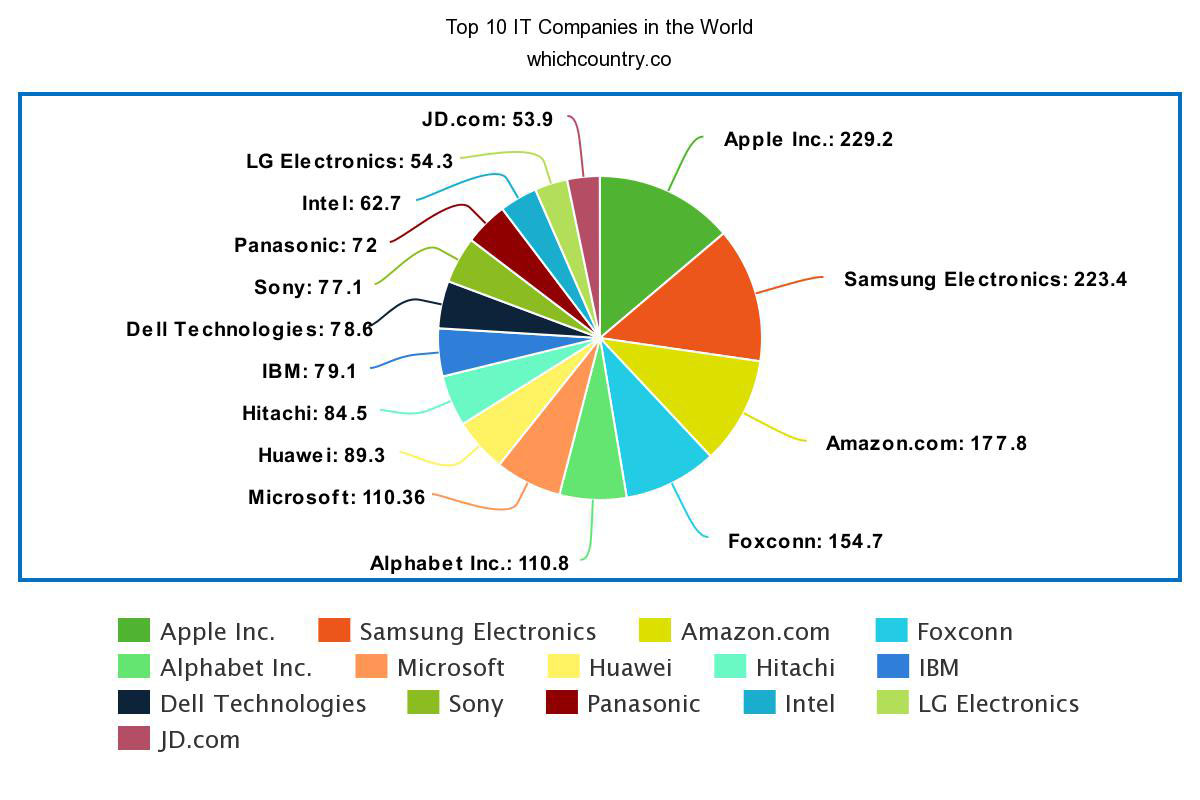 Companies that secure the uppermost ranks in the IT business are listed below. These top 10 mentions are based on the revenue generated by these organization as published in a report by Fortune:

Apple Inc.: The Largest IT Company By Revenue

Steve Jobs with his ultimate vision, created this firm back in 1976. Steve has the goal to produce the most innovative products. From its first day, the company has been delivering revolutionary products. Even after the death of Steve Jobs, the company followed the legacy of the brilliant founder and kept producing some of the best and perfect tech products.

The American business leads the world in the technology industry and stands on top of the list of the best IT companies. According to the Fortune 500 list, Apple made the most revenue as per the facts and figures of the year 2017. The total revenue generated by Apple Inc. last year was about 229.2 Billion US dollars.

Tim Cook is currently CEO of the business. The headquarters of Apple is located in Cupertino, California was known as Apple Park. During the latest launch event, it introduced iPhone XS, XS Max, and XR along with the latest edition of Apple Watch, i.e., Series 4 on September 12, 2018. The company now has 123,000 employees.

Samsung: The Second Largest IT Company:

Samsung is a South Korean business and is the second largest Information technology business in the world as per the revenue. As per the facts and figures of the year 2017, Samsung generated total revenue of 223.4 billion US Dollars. The headquarters are at Samsung Town, Seoul, South Korea. It was founded by Lee Byung-Chul on 1st March 1938.

Samsung is famous for its displays. The business produces the best displays in the world. Samsung expected OLED panel to become common in 2018. It will try and retain its name in the display business by producing new application of their existing displays, for example, the foldable ones.

The largest e-commerce platform in the world, Amazon is the third largest IT Company in the world. The founder of the business is now the wealthiest person in the world. Jeff Bezos, the owner of Amazon, has a net worth of 112 billion US dollars. The company is based in Seattle Washington and was founded on 5th July 1994.

History of the Company:

The company was started to be a bookstore. But it kept on progressing. They kept on increasing the services and now it provides a diverse range of products and services. Adding to video and audio streaming, Amazon also offers furniture, games, food, jewelry, and toys. The company also has a production studio known as Amazon Studios.

Operating in Several Countries All Around the World:

It has a separate website for different countries. As of now, they provide their services in United States, United Kingdom, Canada, France, Brazil, Australia, Singapore, India, China, Mexico, Turkey, Netherlands, Italy, Germany, and some other countries. Amazon is also known to be the third most valuable public company in the United States of America. The logo of Amazon also defines the niche of the organization. An arrow from A to Z shows that the company provides all kinds of things.

Foxconn is commonly known as Hon Hai Precision. The business organization is based in New Taipei City, Taiwan. It is one of the giants in the information technology industry. Terry Gou is currently the CEO. The company has been on the Global 500 List for more than 14 years. It has a total of 803,126 employees.

Although Foxconn had a rough year in the stock market in 2018, still it managed to generate the most revenue. Research and development are the core functionalities of the organization. It manufactures computers and other consumer products. The products produced by Foxconn are used worldwide in desktop computers, mobile phones, and other electronic devices. The products of the company are mostly distributed to other countries like China, Japan and the United States of America.

The goal of the Company:

The company was founded by Terry Gou back in 1974. He started by only $7500 to invest. Now the subsidiaries of Foxconn are found worldwide in different cities of Asia. The latest goal of the CEO of the company is to raise the share price of the company. The total revenue of the Hon Hai was NT 4.7 trillion US dollars. But the profits of it went down by 6.7% as compared to last year.

Alphabet Inc. is the parent company of Google. The total revenue of the Alphabet was 110,855 million dollars in 2018. As Google, Android and YouTube, all of them come under one franchise. Everyone uses them in their daily life. That helps the company make vast amounts of profits. Larry Page and Sergey Brin are the founders of the company. The headquarters are based in Googleplex, Mountain View, California. Adding to Google, Chronicle, GV, Waymo, Verily, and Loon are the subsidiaries of Alphabet.

As per the annual report of the year 2017, more than 86 percent of the revenue was generated through Performance advertising. Of this percentage, more than 56 percent was earned through international operations.

Microsoft: One of the top Grossing Companies:

Microsoft is the company that excels in both hardware and software. It is on top of the list of the largest software companies in the world. It also is one of the best information technology companies. Windows is a mainstream platform that is used worldwide. All of the companies use Windows in their products as an operating system.

Bill Gates is the founder of the business. He is said to be the legend of the entrepreneurs. The company was started by him back in 1975. Due to strategic planning and innovative products, it grew out and became one of the most powerful companies in the world. As per the Forbes list of Billionaires, Bill was the second richest man alive.

Huawei is a Chinese business based in Shenzhen, Guangdong. The company was founded 31 years ago in 1987. Ren Zhengfei is the founder of the company and is currently the CEO. It produces mobile phones, fixed broadband networks, and some other electronic supplies.

2018 was a great year for Huawei. That is because they surpassed Apple in the smartphone market. Following Samsung, Apple was the largest manufacturer of the smartphone. But Huawei took over in 2018 and came second on the list of largest smartphone manufacturers. From the start, it has been producing a quality phone and consumer products.

The recent flagship series of the organization include P20 Pro and Mate 20 Pro. Both of these devices are packed with the most advanced technology. The company got quite mainstream just because of its competitive smartphones. A few years ago, no one knew the name of the company, but now it competes with the tech giants. 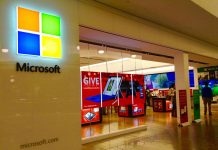