The reports of the worldwide cost of living survey exhibit that Singapore is the most expensive city in the world. This is the fifth consecutive year that Singapore is seen on top of the list. Seoul has also maintained its ranking, and it’s on the second rank as last year. From the Asian region, Hong Kong also appeared on the list.

Tokyo and Osaka didn’t appear on the list because of the low inflation rate. Back in 2013, Tokyo was considered the most expensive place to live in. But in the last few years, situations have changed a lot, and it has moved to 7th rank. On the other hand, Seoul was 21st on the list five years ago. But in 2018, it has got up to the sixth position.

How are these Cities Ranked:

Economist Intelligence Unit produced this report of some of the living costs in all the places across the world. During the survey, the more than 400 individual prices of 160 products and services were compared. These products and services included drinks, foods, clothing, personal healthcare items, home rents, transport expenditures, private schools, recreational costs, domestic help, and household supplies.

Changes in The Living Cost Across the World:

There have been many changes in living costs across the world. That is because the economic conditions keep changing. That is why some of the regions have moved up the list, and some cities have become relatively cheaper than before. Tel Aviv used to be 34th rank. But in the last few years, it has become relatively expensive. As of 2018, Tel Aviv is on the 9th rank. The prices of some of the things have increased here in past years. First of all the currency value has grown. Secondly, the costs of cars and vehicle insurance have also inclined. So that in terms has raised the transportation expenditures.

The priciest cities from Western Europe are the non-euro areas that lead the world in living cost. Zurich from Switzerland, Oslo from Norway, Geneva, and Copenhagen are some of the cities worth mentioning. But among the European countries, Paris is an exception. Paris is the second most expensive city in the world. The city has sustained its position in the top 10 ranking since 2003.

Situations in the United States:

The United States Dollar has declined as compared to the other currency values. That is why the cities from the US have lost their ground. None of the cities from the United States appear in the most expensive places to live in. In 2017’s report, New York was on the ninth rank. But as of 2018’s studies 13 the rank. Similarly, Los Angeles was also on 11th rank, but now it’s on the 14th rank. The currency fluctuations have a lot to do with this decline. AS the result of changes in currency value, the domestic prices are profoundly affected.

Most Expensive Cities in the World 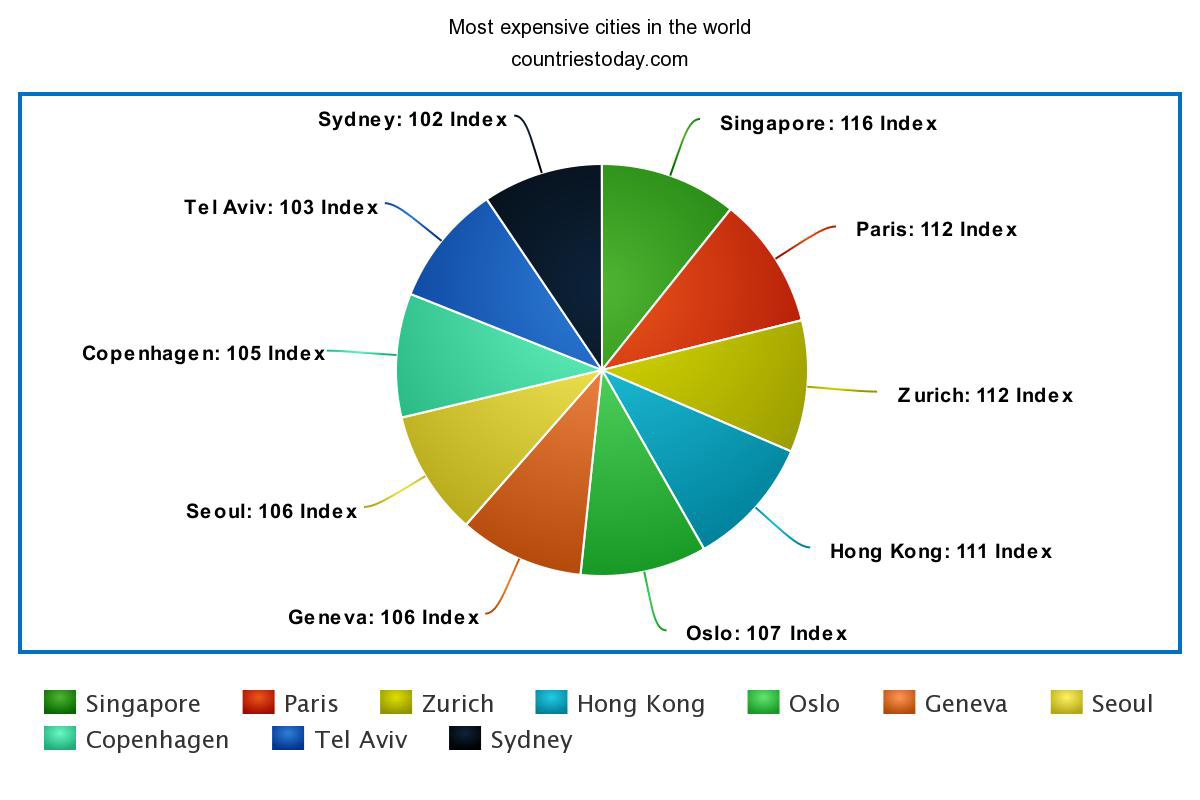 Tashkent is a city of Uzbekistan. A significant decline in Uzbek’s currency has been seen in the last few years. The country has dropped down by 35 places and came on 112th rank. The reason behind this sharp decline was the depreciation in the value of the national currency. The currency value dropped by almost 50%.

Singapore is Priciest City in the World:

Singapore is widely known as the global financial center. It is by far the most expensive city in the world. The survey has exhibited that the cost of buying and maintaining a car is the highest over here. But on the other hand, health care is quite affordable and so are the domestic products. But it is the third most expensive place in the world for buying clothes.

Although the city is known to be expensive with all its riches and futuristic architecture, it is quite accessible and fun. You don’t need billions of dollars for entertainment and fun in the city. Harrison Jacobs stated that the city is not that much expensive in real life as it seems to be. Although the prices of somethings are quite higher as compared to the other countries. He also said that the city also had cheap food, public transport, and museums and some other beautiful locations which attract the tourists. The nightlife of Singapore is also remarkable.

Changing in Rankings Compared to 2017: 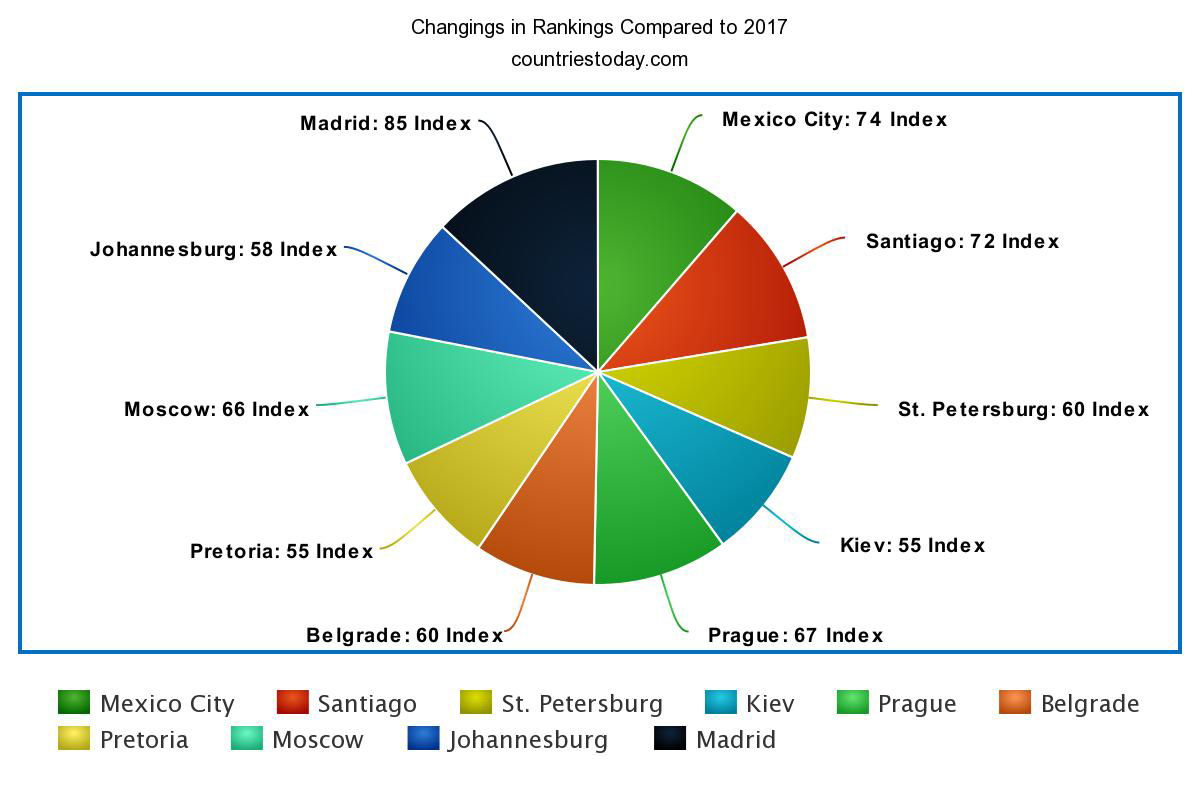 Following are some of the cities that exhibited the most change in ranking. Listed below are some cities that moved up in the ranking as compared to last year:

Due to the NAFTA (North American Free Trade Agreement), the inflation rates have increased massively in Mexico. As a result, Mexico City moved up by 23 ranks. Santiago is another country whose ranking has changed in the past 12 months. The Chilean peso exhibited an increase in currency value. This was because of the increased price of copper. As copper is one of the major exports of Chile, that’s why it went up by 20 ranks. Due to the recovery in the oil prices, Russian ruble also exhibited an incline. That is why the two major cities of Russia, St. Petersburg and Moscow went up in ranking by 14 and 12 ranks respectively.

Cheapest Cities in the World: 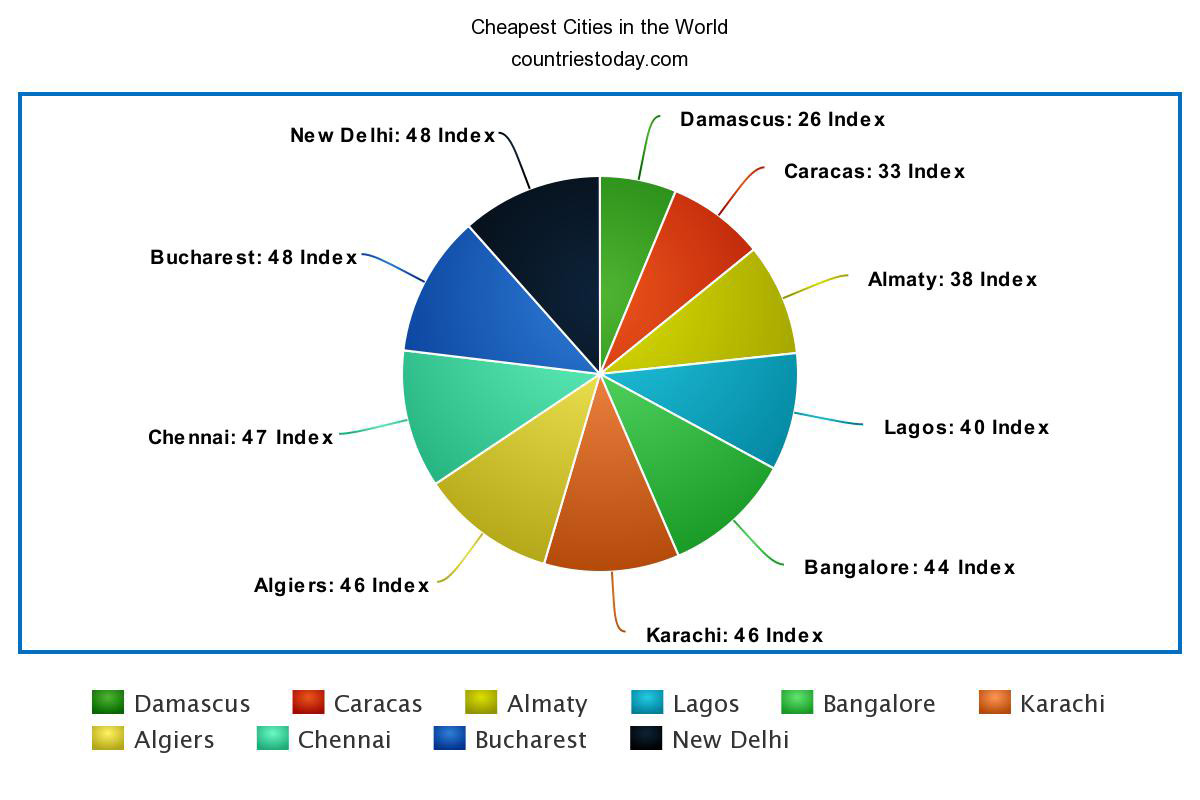 Down below is a list of some of the cheapest cities in the world:

Due to political and economic disruptions, some places in the world like Damascus from Syria and Caracas from Venezuela have become the most affordable places on the planet. As stated above, currency fluctuation is one of the primary reasons behind the rise and fall in domestic prices. The currencies of these places have been heavily impacted in the last 12 months.

The government of Venezuela made an attempt to unify and devalue the exchange rates in 2018. This was done in order to reduce the currency pressure. But that didn’t turn out so well. This was because of the amid hyperinflation, due to which the currency remained hugely overvalued.

The stability of the country also has a great influence on currencies and living costs. These places are becoming cheaper because of the instability in economic and political conditions. The cities like Karachi, Almaty, and Algiers have been seen to face economic, political and security challenges. But as the cities tend to be cheaper, they become less cheerful. Which means that these places are less livable than others.